One image from the ongoing anti-CAA anti- NRC protests that was widely circulated and that helped the movement forge solidarities and gain momentum was that of a victorious Azaad on the steps of Jama Masjid post the Friday prayers, surrounded and celebrated by men in crisp kurtas and skull caps with posters of Babasaheb.

It marked a crucial turn in the contemporary political discourse, especially one that pertains to Indian Muslims- a group that has long remained alienated at the fringes of the political narrative. The moment of convergence of piety and politics was loaded with symbols. Inside one of the most historic and arguably the grandest mosques of Delhi, after an afternoon of prayer led by an Imam who had just betrayed the community by practically selling them out to the powers who have long oppressed the country’s minorities, the people of Delhi chose their new Imam albeit of a different faith but one who held the promise of a worthy leadership- a Dalit youth leader. Another Khutba was delivered by him and the masses read the preamble together.

This moment and the movement it represented was the vision of Babasaheb Ambedkar, also a vision that a number of Dalit youth leaders had carried for long, most notably Rohith Vemula. A Dalit student activist whose institutional murder on January 17, 2016 rocked the conscience of many savarnas and exposed the inherently discriminatory practices prevailing in University campuses, Vemula struggled not just for the Dalits but for the Muslims as well. In a Facebook post on December 18, 2015 he wrote “We would have felt proud if the Vice Chancellor has (sic) told that we were suspended because we organized Ambedkar Vardhanthi Babri Masjid demolition day and Beef festival in the last week. Anyways, this is not the first.”

A prolific writer, his writings are stark reflections of his marginalization and victimhood. He writes in a moving prose “The value of a man was reduced to his immediate identity and nearest possibility. To a vote. To a number. To a thing.” Rohith’s wasn’t the first case of harassment because of identity. Many Dalit students before him had gone through a similar ordeal. However, unlike many others, Rohith resolved to fight, writing to the VC after his expulsion that the expelled students had “already (become) members of Dalit Self- Respect movement”. His activism consisted of political assertion of identities of the marginalized sections of the society within campuses where students from these sections have struggled to survive. Though, Vemula’s life was not given much attention as he struggled to survive at the mercy of Brahaminical administration and society, his death made everyone pause and survey themselves for potential culpability. While to this day, students (both Dalits and Muslims) continue to be sacrificed at the altars of Brahaminical agrahas, the ongoing struggles for identity assertion seek inspiration and draw strength from Vemula’s life and work.

Another noteworthy name that comes up when we talk of Dalit Muslim solidarity is that of the Vadgam (Gujrat) MLA Jignesh Mevani. A social activist and a lawyer, Mevani has been a crusader for forging solidarities between oppressed groups. After leading the protest march, Dalit Asmita Yatra from Ahmadabad to Una and demanding land for Dalit upliftment, he crusaded for Muslims too, receiving donations for his campaign from Muslim groups as well. Mevani has been very vocal in the ongoing anti- CAA movement as well, leading a number of protest rallies across the country.

Rajratan Ambedkar has also been one of the leaders standing for Dalit Muslim Unity. Speaking at the ongoing protest at Jamia’s gate number 7, he thanked the Muslims for standing up against the unconstitutional, draconian law and upholding the vision of Babasaheb. He said “BJP has been irked by the fact that Muslims are prominently using Babasaheb’s portrait in their protests, so from now on, it will not just be his photo but his family as well that will support the Muslims in the ongoing movement.” Muslims and Dalits have historically been two of the most oppressed groups in India. As per the census, Indian Muslims fared worse than Dalits on economic and educational front. The agitations against CAA have consolidated movements like never before as marginalized groups have begun to realize and acknowledge their marginalization while actively taking part in ensuring that no further harm is done.

While the ongoing movement has been largely a leaderless movement, it is people like Chandrasekhar Raavan and others who have successfully kept the momentum alive. Released conditionally only yesterday from Tihar, Raavan climbed the same steps of Jama Masjid again after the Friday prayers today, just hours before he was supposed to leave Delhi (as per conditions of the bail) to register his protest against the draconian law and reiterate the principles of the preamble to the constitution. His heroic presence was not just a protest against the government but also a symbol of an emerging solidarity of Muslims and Dalits that could take new directions (possibly electoral as well) in the future.

January 17th, 2020 marks the 4th death anniversary of Rohith Vemula’s , the man who was the ambassador of Dalit – Muslim unity, and undoubtedly his death will long be remembered as the turning point in the history of Dalit-Muslim unity which paved the road for consolidation of Dalit and Muslim movements, providing fertile ground for the birth of many Dalit leaders who continue to carry his legacy forward. 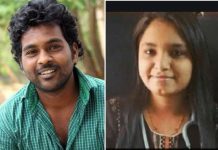 The subaltern speaks at the cost of life: Rohit and Fathima pay a price too high

The proposed marriage of Tina Dabi and Athar: A milestone in Dalit-Muslim unity