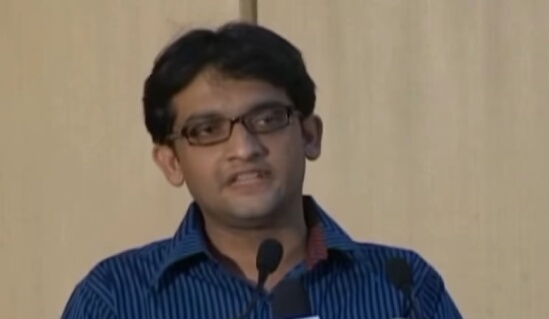 New Delhi: Perhaps very few people know Shahid Azmi. Perhaps he never worked for being known. Shahid Azmi was an Indian lawyer best known for defending cases of persons accused of terrorism. Azmi was accused of a crime at a young age; in 1992, aged 15, he was arrested for violence during the 1992 Bombay riots. Let off lightly as a juvenile, and due to lack of any proper evidence against him. As a young adult, he was again arrested, this time under Terrorist and Disruptive Activities (Prevention) Act, for plotting against the state.

He spent seven years in Delhi’s Tihar Jail. In jail, he was encouraged to resume his education, and by the time he was released, he had graduated in distance course. In 2003, he began practicing as a criminal defense lawyer in Mumbai, where his uncle, Abu Azmi, was a prominent politician. The cases handled by him were almost exclusively of defending cases for those accused of terrorism. He was shot dead by four assailants in his office in Kurla, Mumbai on 11 February 2010 at the age of 32.

Azmi was born and brought up in the Deonar suburb of Mumbai, in a Muslim family with origins in Azamgarh, Uttar Pradesh. He was third amongst five brothers. One of his brothers, Khalid Azmi, is also an advocate in Mumbai. Shahid Azmi was married to Maryam of an affluent Assamese descendant whom he later divorced.

At age 14, Azmi was arrested (or detained) by Mumbai police for indulging in violence during the 1992 Mumbai communal riots. Since he was a juvenile, he was let off leniently and did not serve time in jail. Subsequently, he crossed over into Pakistan occupied Kashmir, where he spent a brief period at a militant training camp, but soon returned. As he said to The Times of India in an interview, “I had seen policemen killing people from my community. I have witnessed cold-blooded murders. This enraged me and I joined the resistance.”In December 1994, he was arrested under the Terrorist and Disruptive Activities (Prevention) Act (now repealed), for an alleged conspiracy to assassinate some politicians and Shiv Sena leader, Bal Thackeray, and given a five-year jail sentence, however in the same year, the Supreme Court acquitted him. In all, he spent seven years at Tihar Jail, Delhi.

It was during his stay at Tihar Jail, that he started his college education, first graduation followed by a postgraduate course in creative writing; once he was acquitted of the charges, he went to study for a law degree (LLB) in Mumbai.

After receiving his degree, he worked with lawyer Majeed Memon for some months,[9] before starting his career as a lawyer in 2003. Soon started picking up cases of Muslims charged under the Prevention of Terrorism Act, 2002 (POTA). Many of the cases were fought pro bono in consultation with NGOs, like Jamat-e-Ulema-e-Hind. His first major success as a defense lawyer came in the 2002 Ghatkopar bus bombing case, when Arif Paanwala, who was arrested under Prevention of Terrorism Act (POTA) and was named the prime accused, was acquitted along with eight others, due to lack of evidence, by the court; this eventually led to the law being repealed.

Azmi then had represented the accused in the 7/11 Mumbai local train blasts, the 2006 Aurangabad arms haul, the 2006 Malegaon blasts case. Though the High Court had rejected his application challenging the use of the Maharashtra Control of Organised Crime Act (MCOCA) in these alleged terrorism cases and asked for stay, in February 2008, the Supreme Court of India stayed the three trials. In July 2008, Azmi filed a petition in the High Court alleging that the accused in the 7/11 Mumbai blasts, then lodged in the Arthur Road Jail, were being tortured. Responding to the petition, the court ordered an inquiry in the case, and the allegations were found to be true. In his brief career of seven years, he secured 17 acquittals in court.

It was while he was defending Faheem Ansari in the 26/11 attacks case that he was killed. Ansari was acquitted of all the charges by the Supreme Court of India due to lack of evidence on 19 August 2012.

He was killed on 11 February 2010 in his office at Taxi Men colony in Kurla, when four gunmen entered his office and shot two bullets, point blank and fled. Though he was taken to Rajawadi Hospital in Ghatkopar, he was soon declared dead.