NEW DELHI : World-renowned cleric and chief of Dargah e Aala Hazrat, Mufti Muhammad Akhtar Raza Khan Qadiri has passed away on Friday evening. He had been suffering from illness for a long period of time and died at the age of 80.

Basically, Mufti Akhtar Raza was great-grandson and successor of Mujaddid Ahmed Raza Khan aka Aala Hazrat Khan, the founder of the Barelvi movement.

With the news of his demise a large number of people rushed to the Bareilly Sharif to pay the last homage; as per the estimation, around 10 lakh followers of him (both Hindu-Muslim) had taken part in his Namaz-e-Janaza (funeral) at 10.30 pm, on July, 22. As well the police of thirty districts managed the arrangement in the city. 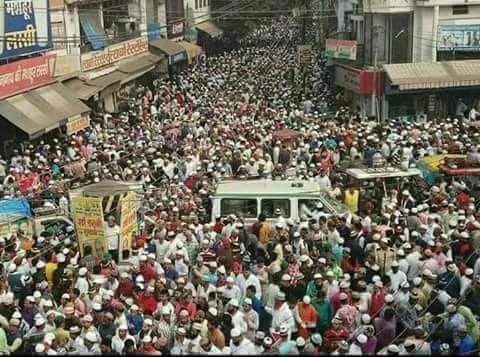 He is the only cleric in India to get the title of ‘Tajushariya‘ as well one of the few prominent persons across the world to be allowed to visit inside Kaaba in Mecca.