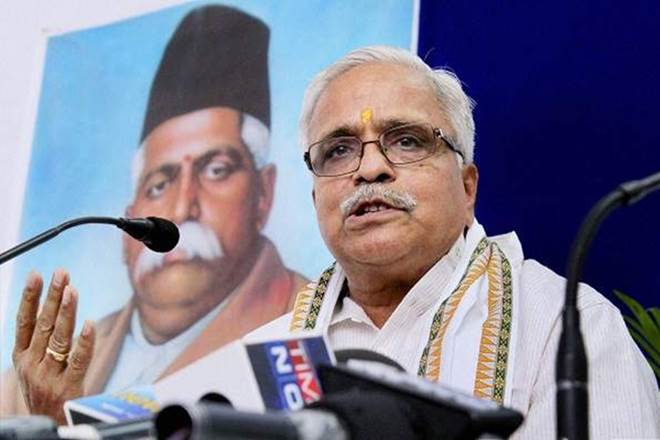 New Delhi, April 2 – The RSS on Monday dubbed as unfortunate the violence in the wake of nationwide protests against the dilution of the Scheduled Castes and Scheduled Tribes (Prevention of Atrocities) Act and urged the people to contribute in maintaining peace.

The violence on Supreme Court’s order over SC/ST atrocities act is unfortunate. The RSS does not agree with the order and the government, by filing a review petition in the apex court, has taken an appropriate decision, Rashtriya Swayamsevak Sangh’s (RSS) national General Secretary (Sarkaryawah) Suresh Joshi said in a statement.

The RSS leader urged the people to contribute in establishing co-ordial atmosphere in the society and evade any kind of vicious propaganda.

In the wake of Supreme Court’s order, the way attempts are being made by spreading vicious propaganda against the RSS is baseless and condemnable. The RSS has no role in the decision of the court, he said.

Joshi said that the RSS has always opposed any discrimination and atrocity on the basis of caste and aksed for proper implementation of related laws to stop such acts.

Earlier, Congress President Rahul Gandhi slammed the BJP and the RSS over Dalit issues, saying those challenging the system that keeps their caste at the lowest are hit by violence.

It is in the DNA of the RSS/BJP, to keep Dalits at the lowest notch in the Indian society. Those who challenge this thinking are hit by violence, he tweeted. 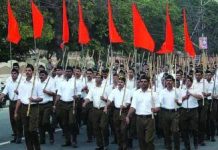 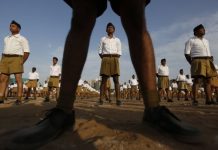