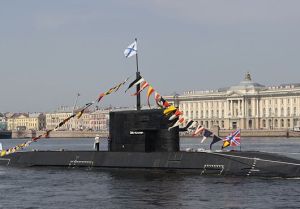 “There are plans to equip the submarine forces with long-range high-precision weapons. This will significantly enhance the possibility of using submarines as a strategic deterrent,” Sergei Shoigu said at a meeting at the Pacific Fleet’s submarine command headquarters.

The minister said the Pacific Fleet’s submarine forces “have particular importance for ensuring strategic stability and Russia’s military security in the Far East”.