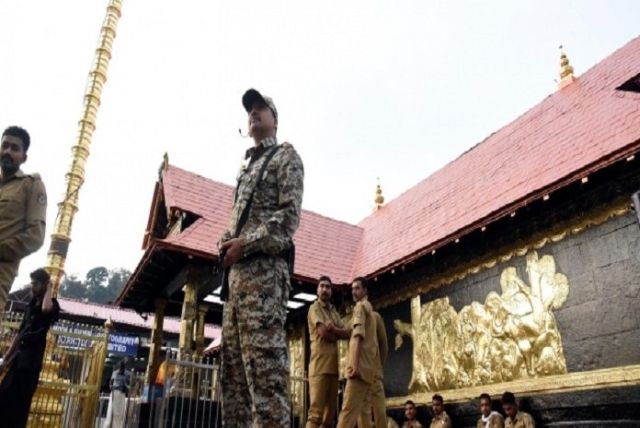 Thiruvananthapuram : A row has erupted over flaws in the actual age of some of the 51 women referred to by the Kerala government counsel on Friday in the Supreme Court saying they were in the ‘banned’, menstruating age group of 10-50 years who prayed at the Sabarimala temple this season.

Kanaka Durga and Bindu Ammini, both in the ‘banned’ age group 10 to 50 years prayed at the Sabarimala temple.

It was after they approached the apex court seeking security that a bench of Chief Justice Ranjan Gogoi, Justice L. Nageswara Rao and Justice Dinesh Maheshwari directed the state government to arrange adequate protection for them.

The list of 51 women is not part of an affidavit, but only referred to by the state government counsel in his arguments. Soon the list was highlighted in the media.

The details of 51 women on the list include their names, Aadhar numbers and, in some cases, telephone numbers.

When the media contacted a few whose mobile numbers were given, they said they were above 50 years of age — hence eligible for entry inside the temple.

The first name on the list is Padmavathy, from Andhra Pradesh. Her age has been shown as 48, but when contacted, she said she is 55.

Rahul Eashwar, a member of the Sabarimala tantri family, said the manner in which the Kerala government has misled the apex court is “outrageous”.

“I myself called up five such women. All of them said they are above 50 years of age,” said Eashwar.

“I was surprised when one of the women said she never went to Sabarimala at all and had even agreed to join the protest against the manner in which the temple traditions were being breached. It’s a very grave matter that the Kerala government has come out with such a list,” he said.

State BJP president P.S. Sreedharan Pillai said the Kerala government list is the biggest lie, and that this is something that a state government should have never done.

Member of the Pandalam royal family Narayana Varma rejected government claims. “Nothing of the sort happened. We will believe only in truth, and what has been said is not true,” said Varma.

However, State Minister for Devasoms (temples) Kadakampally Surendran told media on Friday that 1.6 million pilgrims had registered through the online facility for ‘darshan’ at Sabarimala.

“Of these, 8.2 lakh used the Q facility and had ‘darshan’. As many as 7,564 women in the age group 10 to 50 had registered. From this 51 had their ‘darshan’ at the temple. We are not interested in finding out how they came and which way they went away,” said Surendran.

Bindu Ammini, one of the women from the ‘banned age group who entered tehe temple, thanked the apex court for giving a favourable verdict.

“I know several women below the age of 50 who came and had ‘darshan’ at Sabarimala, but for fear of trouble, they are not coming out in the open,” said Ammini. 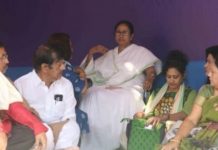 The power behind ‘Didi’: Her women’s brigade 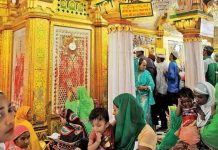 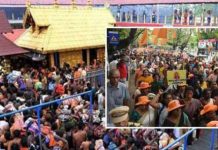