NEW DELHI:  A day after a special court acquitted Swami Aseemanand and three others in the Samjhauta Express blast case, senior Congress leader Kapil Sibal on Thursday sarcastically said with a verdict that “no one knows” who killed 68 people, it must be a “proud day” for the criminal justice system.

Twelve years after a blast on the Samjhauta Express killed 68 people, mostly Pakistanis, a special court in Panchkula acquitted Swami Aseemanand and three others in the case.

“Verdict : No one knows who killed the 68 victims. Must be a proud day for our criminal justice system!” 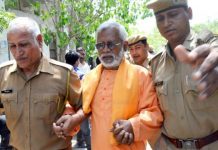