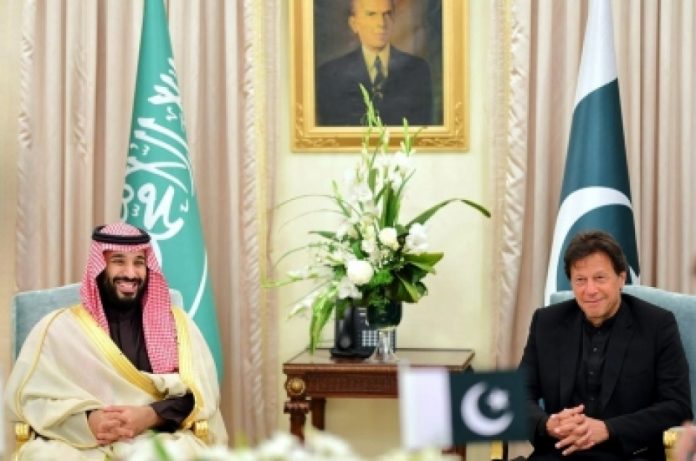 Islamabad: Saudi Arabia has vowed to expedite work on $20 billion investment commitments for Pakistan before the next meeting of Pak-Saudi Supreme Coordination Council, a media report said on Saturday.

“The proposed mega projects are complex and require time and studies but our leaderships want to accelerate work on them,” said Saudi Arabia Deputy Minister of Energy Khalid Saleh Al-Modaifer during an interaction here on Friday.

Saleh Al-Modaifer is heading a Saudi delegation to review progress on the memorandums of understanding (MoUs) signed during the visit of Saudi Crown Prince Mohammed Bin Salman in February, reports The Express Tribune.

The Saudi delegation also held meetings with various government departments in the past few days.

Saudi Arabia has announced a $20 billion investment package for Pakistan that includes a petrochemical complex, renewable energy projects and investment in mineral resources.

All these projects are located in Balochistan.

The Kingdom has already given $3 billion in cash assistance besides providing $3.2 billion oil facility on deferred payments.

Saudi Arabia plans to set up a $10 to $12 billion oil refinery in Pakistan”s deep-sea port of Gwadar.

The Pak-Saudi Supreme Coordination Council was established this year for promotion of political, economic and cultural cooperation between the two countries.

Prime Minister Imran Khan and the Crown Princ jointly presided over an inaugural session of the council during the latter”s visit to Pakistan.