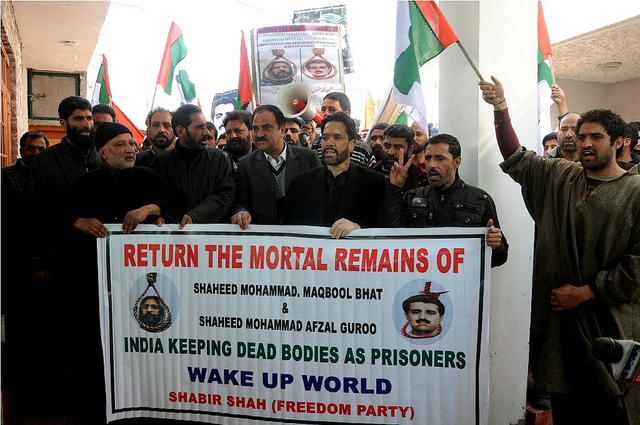 Srinagar ,9 Feb 2016 :A protest shutdown called by the separatists on the third death anniversary of  parliament attack convict  Afzal Guru on Tuesday adversely affected life across the Kashmir Valley as authorities imposed restrictions in parts of Srinagar city.

Shops, public transport, and other business establishments remained closed here and all other major cities and towns in the Valley. Attendance in government offices, banks and post offices also ran thin because of non-availability of public transport.

Train services have also been suspended between Baramulla and Banihal towns.

Heavy deployment of police and paramilitary central reserve police force (CRPF) troopers in full riot gear has been made across the cities and towns of the Valley to prevent separatists from carrying out protests.

Guru’s family and separatists have been demanding the mortal remains of Guru eversince he was hanged by the jail authorities in Delhi.

Guru’s 15-year-old son, Ghalib who recently scored a distinction in his 10th board exams, on Monday demanded that the jail authorities should at least return his father’s belongings, including a copy of the Holy Quran and spectacles to the family.

Guru’s widow Tabassum has blamed Kashmiri separatist leadership for apathy towards the family. 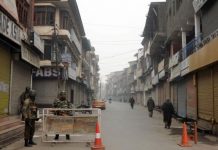 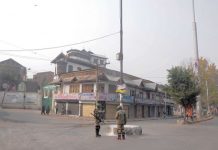