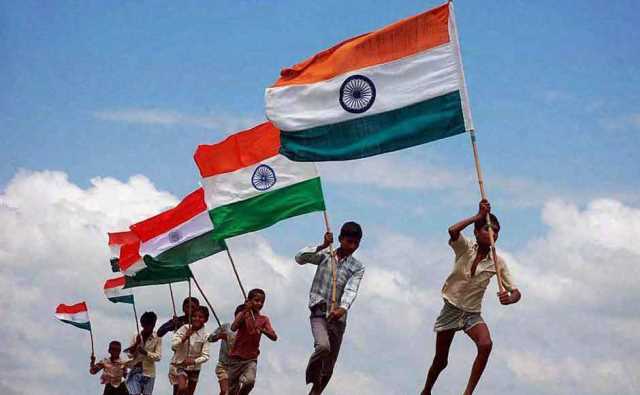 Seventy years as an independent country is a good enough period to reflect on how we have evolved as a nation and how our polity has evolved. It will be incorrect to generalize our observations across the length and breadth of our country as India is very diverse in culture, religion, language, ethnicities and class. India lives in many time periods. While the primitive tribes in Andaman and Nicobar Islands, Orissa, Bihar live in the first millennium, or even earlier, the IT professionals and CEOs of national and multinational corporations live in jet age and are part of the first world elite using latest technology, living in palaces and consuming luxuries that would shame the most powerful and eccentric of Emperors. Between the two time zones, communities occupy various time spaces. Primitive indigenous communities, feudal hierarchical cultural systems (caste and gender hierarchies, institutions of khap panchayats), communities accumulating capital in primitive modes, international finance capital, neo-liberalism and crony capitalism are all here to stay carving out their own spaces in time zones. Dr. Babasaheb Ambedkar had warned in his speech delivered after the Constitution had been adopted – either the social inequality would consume our democracy unless democracy triumphed over social inequalities.

Freedom at midnight seventy years ago did not have the same meaning for all sections of the society.  The sethjis (economic elite and Indian capitalists) and the bhatjis (the social elite – upper caste males from the majority community) were more masters of their destiny than the SCs, the STs, bonded labourers and women, though they had made huge sacrifices for freedom. For the bonded labourers, SCs, STs and women, same bondage and life of unfreedom would continue in morning after the midnight. They just had hopes and promises of freedom.

Democracy in India has marched one step forward and two steps backward. The two big steps towards equality that benefitted a large section were partial land reforms and implementation of some recommendations of Mandal Commission Report. Land reforms were implemented half heartedly and met with a lot of resistance from the then rural elite – upper caste landlords. Some states implemented it better than others, particularly the Left Front ruled states and the states where the social justice movements were stronger, viz. in the South. The pace of implementation of land reforms in North India was slow. The tenants who worked hard, tilled the land and produced food grains and other cash crops but were themselves underfed and lived in poverty, became owners of the land they tilled. Along with green revolution, India not only became self sufficient in food grains, millions of tillers of land lived more secure and lives.

The tillers of land who now became land owners, but were excluded from political representation. The Indian Parliament and state legislatures had disproportionate numbers of upper castes. It is here that implementation of the Mandal Commission Report meant much more than merely reservations in educational institutions and Government jobs. Getting Mandal Commission Recommendations implemented required great amount of awakening among the other backward classes and organizational efforts resisting the dominance of upper caste in rural areas. Land reforms had reduced the dependence of a section of other backward classes on the upper caste and made it possible for them to resist the dominance of upper caste. Yet, it was democracy and the principal of one person one vote that was crucially necessary to win the battle of representation without violence. But for the vote that every citizen has under the Constitution, the Indian state would not have accepted the Mandal Commission Report, even if only partially, in teeth of resistance from the entrenched upper caste politicians.

Women are in better position and enjoy more equality in law than seventy years ago. However, practically, they enjoy little freedom and we have a long long way to go on the path of gender equality. Indian Parliament has strengthened the law to physically secure women. Banning Sati, child marriages, polygamy (except for the Muslim community) and dowry are a few examples. In order to secure women against domestic violence, the Parliament passed legislation. The law against sexual assaults on women has been strengthened. Women, particularly in urban pockets are better included in jobs and livelihood. For example, a very tiny number of them are employed in army, police force, as pilots, railway engine drivers, given cab driver licenses, etc. Hindu women now can inherit equal share with her brother in ancestral property. However, this is too little an achievement for seventy years of independence.

Yet we see very little change on the ground in spite of changes in law. Crime against women is increasing and women are more insecure in family as well as public spaces despite all the laws. Family and khap panchayats have tighter control over women and consider women as second class citizens born to serve men in the family, community and polity. The issue of ‘dignity’ of caste and community has become more salient in the recent times. The dignity of community / caste means tremendous pressure on women to uphold feudal traditions and play subservient roles. This also means that in conflicts between castes and communities, women’s bodies and dignity are targeted to demonstrate ‘prowess’ of the men. Women too are being mobilized in the inter-caste and communal conflicts against their own enlightened interests of gender justice. Identity centric politics brings forth stronger patriarchal regimes within the community. Muslim women still suffer the indignity of having to face instant divorce and other deprivations. Parliament has no more than 10% representation of women in the 16th Lok Sabha and yet this is the highest representation women have got.

Miles and miles to go:

The OBCs were included economically (making them owners of the land they till), socially (partly through their sanskritization of OBCs and partly through reinventing Brahmanism) and politically (Mandalization of Parliament and state legislatures). The social, political and economic inclusion of a section of OBCs has left out a large section of citizens out of the march towards equality.

A section of tenant-tillers of land were made owners, but what about those who did not have any access to land, viz. the landless and did not have access to even primary education, either because there wasn’t a school in her village, or if there was one, her parents could not afford even if there were no fees? Or if she was sent to school, there was no teacher to teach? This is the story of many adivasi villages. Dalits are discriminated within school space with high dropout rates. If there is no basic schooling, reservations in higher educational institutions do not mean anything. The OBCs whose traditional occupation was not cultivation of land like the Yadavs and Jats had very little opportunities of upward mobility. No political party has any concrete programmes to include these sections and provide them with the democratic space to march towards equality.

Dr. Babasaheb Ambedkar as well as Congress led by Jawaharlal Nehru and Sardar Patel wanted stronger centre to enable rapid growth and Industrialization to create jobs. Dr. Ambedkar also wanted stronger Central Government to be able to combat the strong Brahmin lobby. Babasaheb knew at the state level and within local bodies, dalits would not be able to resist the upper caste oppression. However, stronger centre has put the steel frame of bureaucracy farther and beyond the reach of the marginalized sections.

Centralization of power has benefitted the sethjis and bhatjis. Law and policy making structures and implementation mechanisms readily serves their interests, particularly that of the International financial capital and the richest Indian industrialists. The ideology of market and anti-people discourse of development are being deployed to appropriate common community resources by the state. The state then readily transfers these resources in the hands of crony capitalists who have the ability to influence decision making in the capital through their powerful lobbies. This is how adivasis have been disappropriated of their common resources like forests, water bodies, land and environment. Adivasis have suffered massive and constant displacements. Their way of life and their culture marginalized to give way ideology of growth and profits for few. The displaced adivasis have been forced out of their habitats and reduced to bonded labour or lowest paid seasonal migrant labourers.

Disappropriation of communities together with jobless growth is exacerbating the inequalities. The richest 1% Indians, according to the report of Oxfam, own 58% of India’s wealth. The growing inequality is creating army of slave labourers. While the richest enjoy vulgar luxuries, there are millions of children sleeping hungry and farmers committing suicides unable to pay their debts. Yet the government subsidizes the Industrialists by extending tax concessions to attract more and more foreign capital. The growing inequality is distorting democracy.

Gandhiji wanted democracy to benefit the most marginalized person, and decision making nearer common people. His idea of democracy was decentralization of power and transparent decision making. Gandhiji wanted power to hold the elected representatives and the bureaucrats  accountable to be in the hands of people. Some of these mechanisms came as late as about a decade ago under the UPA. The right to information and right to education are two such examples. However, both these legislations are poorly implemented and increasingly undermined. National Commission of Minorities is a toothless body doing little to ameliorate the violation of their rights. The Annual Reports which must be tabled in the Parliament are amiss. The National Human Rights Commission has only slightly more teeth – power to award compensation to the victims of abuse of Human Rights. NHRC has however played little role and ignored systematic violations of human rights of the marginalized.

Media which is supposed to be watchdog of democracy and people’s rights has been corporatized and protecting the Government.

The sethji-bhatji class is spinning ideologies that would ignore the growing inequalities. Cultural entrepreneurs are essentializing culture that would embalm the new class of slaves being created by the sethji-bhatji. Aggressive patriotism is reducing citizens to instruments worshipping its army and even corrupt undemocratic and illegal actions of individual officers. Cow nationalism is imposing sethji-bhatji culture on the bahujans under the label of nationalism. Cow nationalism is reducing citizen to merely follower and bhakt of sethji-bhatji and accept whatever crumbs distributed by them as prasad with gratitude to them.

For democracy to thrive, we need active citizenship on one hand and structures and institutions that hold the power wielders accountable. The priority of nationalism has to be to educate all in order to make them thinking and active citizens, and provide equitable opportunities for the most marginalized to develop. Equal Opportunity Commission and legislations that hold bureaucrats accountable to the citizens for their actions are the agenda of democracy in the coming years.