New Delhi, March 24: The Shaheen Bagh protest site, where hundreds of women were stationed for several months for the agitation against Citizenship Amendment Act (CAA), has been cleared by Delhi Police personnel.

LoDelhi Police forcefully evicted the protesters from Shaheen Bagh after they showed some resistance. Only a few women protesters were still at the Shaheen Bagh site while the others had left and kept only their slippers to show solidarity.

DCP South East said, “People at the protest site in Shaheen Bagh were requested today to clear the site as lockdown has been imposed. But after they refused, action was taken against violators as the assembly was unlawful. Protest site has been cleared. Some protesters have been detained.”

Before the evacuation Delhi Police heightened security at Shaheen Bagh and imposed Section 144 under CrPC. Security has also been heightened in Jaffrabad where the violent riots broke out in January. With ANI inputs. 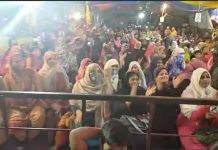 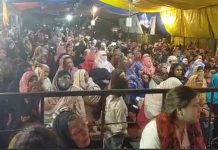