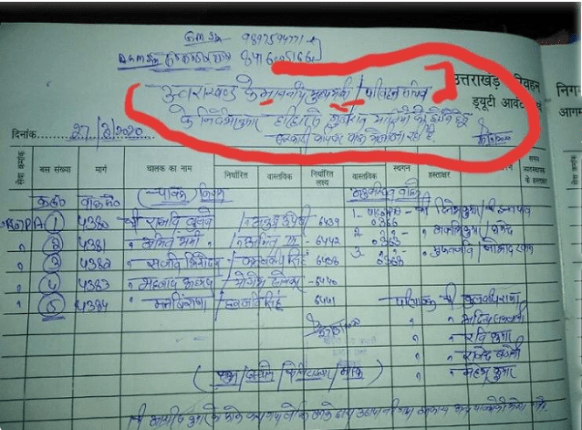 New Delhi: In the midst of the lockdown- while all the transport means were suspended– on March 28, a fleet of special luxury buses  was arranged to directly ferry to home around 1800 Gujarati pilgrims stranded in Haridwar at the behest of Union Home Minister Amit Shah and Gujarat Chief Minister Vijay Rupani.  In stark contrast, the Delhi authorities denied transport permission to the stuck members of Tabitha Jamaat at its headquarters Markaz Nizamuddin due to lockdown who had even arranged their own vehicles for the journey as early as on 25th March.

According to Dainik Bhaskar, one of the largest circulated Hindi daily, “It is March 28. A message came on the mobile of Mukesh Kumar, living in Ahmedabad. This message was sent by a friend of his. It wrote that ‘Tonight many buses of Uttarakhand Transport are reaching Ahmedabad. These buses will return to Uttarakhand tomorrow morning, you too can return back to your home.

Mukesh felt that his friend might have joked by sending messages. When the traffic across the country has come to a standstill and the borders of all the states have been sealed, then how can Uttarakhand transport buses come to Ahmedabad, 1200 km away?

But to his utter surprise the buses reached Ahmedabad on March 29. Ashwani Kumar, secretary to the Chief Minister of Gujarat, told a news agency– “Around 1800 people from different districts of Gujarat were stranded in Haridwar. With the special efforts of Union Minister Mansukhbhai Mandaviya, Home Minister Amit Shah and Chief Minister Vijay Rupani, arrangements were made to evacuate these people to their homes.

Due to this arrangement, many buses of Uttarakhand Transport Corporation reached Ahmedabad from Haridwar.

Interestingly, this work was done with such secrecy that even the transport minister of Uttarakhand did not get the news that many buses of his department had gone for 1200 km crossing the borders of many states during lockdown.

When the news became public that the buses were departed from Haridwar, people started raising questions that when workers are stranded at different places all over the country due to the lockdown, why are special buses being run only for the people of Gujarat?

Furthermore, they also questioned that why no bus was run for the migrants from Uttarakhand who were forced to return on foot from all places?

Public traffic was disrupted after the lockdown was announced on March 25, but large gatherings were halted several days before that. In such a situation, these people had full time to return to Gujarat before the lockdown, so why did these people not return before March 25? These pilgrims from the home state of the Prime Minister and the Home Minister were said to be closed to them. It is also clear from the official statement of Ashwani Kumar that while millions of people are trapped here and there across the country, these people trapped in Haridwar were taken out after special intervention by the Home Minister directly.

Now  see what has had happened with the people stuck in Markaz Nizamuddin as they obeyed the PM’s lockdown instruction that   everyone should stay  wherever they were.

Even, Markaz Nizamuddin people sought the help of authorities in getting permission for the transporting these people to their native places.

Maulana Mohammad Ahsraf, spokesperson of Tablighi Jamaat, said  when  the PM  announced the “Janta Curfew”, for March 22,  2020, the ongoing program in Markaz Nizamuddin was discontinued immediately, however due to sudden cancellation of rail services across the country on  March21,  2020, a large group of visitors who had to depart by way of railways got stuck in the Markaz premises.

Before the Janta Curfew could be lifted at 9PM, the Delhi Chief Minister, Arvind Kejriwal announced lockdown of Delhi beginning at 6AM on March23, 2020 till March31 2020, thereby further diminishing any chances of these visitors availing road transport for their journey back home.

Maulana Ashraf said the Markaz people approach the authorities on March 25th to issue vehicle passes but it was denied to us. 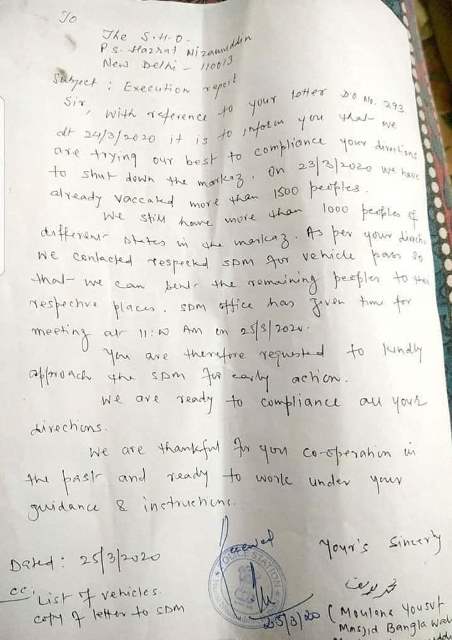 If we compare these two instances which shows clear bias of the authorities and two set of laws for the people of this country.