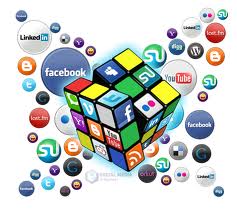 What a year! Many in India, especially youth who haven’t been through worse, will remember 2012 as the worst of times. It saw serial attempts across parts of the world, and specifically in India and China, to suppress Internet freedom. The use of our Information Technology Act’s draconian section 66A (finally challenged in a friendly Supreme Court) led to arrests for tweets and Facebook posts, including for pressing “like” on them.

But it was also the best of times for social media, and the millions who use it, increasingly from their mobile phones. Governments and people alike just began to get to grips with this: The former with horror, the latter with delight at their individual power and reach, bypassing mainstream media.

The year ended with furious anti-rape protests in India – centered on a brutal Delhi gang-rape – that saw spontaneous mass mobilization, coordinated entirely on Twitter, Facebook and SMS. This triggered off, appropriately, on the second anniversary of the social-media-enabled Arab Spring uprising.

Almost all the social media use and coordination was on mobile devices. When the Delhi Police turned its high-power water cannons on to young protesters near India Gate late December, instantly destroying their smartphones, it was, to its delighted discovery, killing two birds with a stone.

And so, the most significant tech trend India will remember 2012 for is the mobile and social media phenomenon:

Mobile internet access (by number of users) overtook PC-based access. It was led by explosive growth in social media use, including Facebook for Mobile on low-end phones. Of the 102 million handsets sold in the first half of 2012, only 6 million were smartphones, according to research agency CMR India. The iPhone made some waves, but what sold was Samsung’s Galaxy handsets, giving the Korean player 42 percent of the market, followed by Nokia and Research in Motion of Blackberry fame.

India touched 904 million mobile subscriptions on October 31, says the telecom regulator, of which 704 million were active subscriptions. How many users is that? About 600 million people, with a conservative estimate of just 15 percent dual-SIM use (two-thirds of the mobile handsets sold in India are dual-SIM phones). This means one in two Indians carry a mobile phone.

The other four tech trends in India this past year:

ONE – Technology launch of the year: Windows 8, Microsoft’s “re-imagined and re-invented” operating system, brought some life (and interest) back into the PC world. It’s touch-enabled, with a smart live-tile-based interface formerly called Metro, making it great for tablets and tablet-laptop “convertibles”.

It also brings in a consistent look and feel across Windows smartphones, desktops and tablets. For the first time, Microsoft introduced a low-priced online upgrade (Rs.699 ($12.5) for users of Windows 7, Rs.1,999 ($36) for older versions). Upgrade activity was muted, compared to the frenetic downloads, both free and paid, for Apple’s MacOS and IOS upgrades.

TWO – Bring Your Own Device or BYOD: The new global enterprise-tech mantra caught India’s fancy too, for good reasons. It reduces technology budgets, letting office workers buy their own devices-iPhones, for instance, instead of enforced BlackBerrys. Or iPads and MacBooks, instead of a company-specified brand. Apple was a big gainer, despite its muted presence in the Indian market. On the street, it meant a greater variety of devices visible.

THREE – India’s Aakash 2, the world’s cheapest tablet: Its first version was virtually unusable. Version 2 is a dramatic change: Smarter, lighter, better software, and with a four-hour battery, making it the first usable sub-Rs 5k tablet we’ve ever tested in our labs. (Now, there are others, such as the BSNL Penta 709C; and a range of sub-Rs 10k tablets.) If supplier Datawind gets over its supply issues, this is a game-changer.

FOUR – Cybercrime’s adolescence: This was the year cyber-crime matured from amateurish attempts from Nigeria, to a wave that hit most Indian internet users. Hacked Facebook and Twitter accounts, hijacked Gmail and bank accounts, stolen funds, hacked government websites, orchestrated attacks from China: We went through it all.

But we’ve seen mere glimpses so far, the tip of an iceberg, a teenager saying “Baby, you ain’t seen nothin’ yet.” The Chinese curse “May you live in interesting times” was probably about cybercrime 2013. But that is another story.

(Prasanto K. Roy @prasanto on Twitter is editorial advisor at CyberMedia India. He can also be reached at pkr@cybermedia.co.in)