To have clean roads, alleys, markets etc is in principle a very good idea. No one will dispute the benefits of cleanliness with regard to health of the country. However, the way it has been marketed without even understanding the real magnitude of the problem is a matter of grave concern. The mission ‘Swachh Bharat’ seems to be restricted to just occasional sweeping of roads by dignitaries leading to Photo-op sessions or great emphasis laid on building of toilets. Hygienic toiletry is, of course, essential requirement and our children should be trained in this at an early stage of their development. In order to clean ourselves as well as our surroundings we need water which is fast becoming a scarce commodity. The mad rush of building toilets which remain unused or turn filthy in absence of proper cleaning is just waste of public money.

In order to solve a problem we will have to first understand the problem. The practice of garbage collection in urban households is erroneous. Every household usually has one dustbin/trash bag where all kinds of waste are dumped and then these dustbins are emptied in bigger trash cans by garbage collectors. All kind of waste inclusive of organic waste (coming out of kitchen) thus gets dumped in one place. Actually, we must have at least two types of dustbins or trash bags: one for biodegradable organic waste and other for non-biodegradable waste. It will be better if one can have a separate dustbin for just paper waste that can easily be recycled. Therefore, at each stage we may have three separate trash cans: one for organic waste, one for paper waste and one for non-biodegradable waste. Biodegradable organic waste can be taken to a suburban area where it may be turned into fertilizer. Those living in houses with courtyards/kitchen gardens may very well utilize organic kitchen waste through digging a pit for compost. Paper waste can straight away be taken to recycling plant. This leaves non-biodegradable waste which may have recyclable plastic materials or different kind of broken glass and hence need sorting. Solid waste management may involve following process: composting (organic waste), incineration and landfill. In Czech Republic half a dozen different garbage bins are used for separate dumping of paper, plastics, glasses (separate bin for coloured glass), metals etc. Therefore, we must develop technology for processing household waste into useful products. One wished organization of citizens’ garbage disposal training camps, in particular for housewives, in order not only to involve them but to make them realize the magnitude of problem and the ensuing immense benefits through proper solid waste management. Earlier, Government used to provide metal containers for garbage dumping but with time it got rusted or tampered and now animals’ munching on scattered garbage on our roads is an obnoxious sight to behold. Strangely, even abandoned cows fatally munching on polythene wastes do not evoke much expected/desired emotional response from so-called Cow Vigilantes. Why not appropriately place open ended concrete pipes, as used by irrigation department, for garbage dumping. These pipes can be pushed down to pick up the garbage. As a matter of fact, we all have the bad habit of pushing unseemly objects under the carpet and therefore, all of us are guilty of just throwing out our trash elsewhere without bothering for a final long lasting solution to the problem. Government should also encourage such research projects in our academic institutions where energy production is linked to solid waste management.

Sewage disposal is altogether a separate issue and needs serious planning to save our water resources. It has been observed that underground sewer lines in many cities became non-functional due to abandonment. As municipal corporation accounts are not subject to public scrutiny, colossal waste of public money went unquestioned. How much waste of public money went into digging of roads, laying of sewer pipes etc and then again repeating the whole cumbersome exercise after a decade or so can only be guessed? With proper planning sewage can be treated prior to its discharge in our rivers thereby getting useful fertilizer in the form of sludge and electricity as a by-product. All this requires long term planning keeping in view the well being of all Indians instead of cosmetic exercises with the sole purpose of winning elections through creating false impressions on gullible masses. We are fortunate to have so many majestically flowing rivers but alas! we have not cared for such important water resource. Even those who deify the rivers feel no compunction in polluting our rivers through introducing alkalinity in the form of soap (detrimental pH changes), immersion of idols along with harmful chemicals in the form of paint etc.

Littering on roads, public places, etc is a bad habit prevalent in our society. School children should be involved not only in cleaning of their School campuses but they should occasionally be taken out to nearby localities on cleaning drives. Of course, they must be provided protection in form of hand gloves and told to properly wash their hands afterwards. Teachers should demonstrate proper washing of hands in School Assembly. Dustbins should be provided at appropriate places in every locality, educational institutions etc. Another bad habit is spitting on roads. Though we feel pride in raising slogans in praise of our mother/father land but don’t give an iota of thought while defiling it as spittoons. Importance of saliva in digestion of food should be emphasized in our Schools so that children may be emboldened to politely object adults involved in this bad habit.

“Although today Singapore is one of the cleanest countries in the world, in the early 1960s it was one of the world’s filthiest cities. It was the President Lee who drove Singapore to cleanliness, through very strict laws and fines at that time. Today it’s hard to find any waste in Singapore and it is one of the greenest cities to travel by car, MRT and bus. Trees are everywhere, parks are connected to each other in a smart system, there are green bridges, high rise buildings are full of bushes and trees, the highways are blooming and much more. It’s the fulfilment of a vision of a clean green society” (https://www.letsdoitworld.org/2018/09/challenges-of-the-worlds-cleanest-country-singapore/).

Why government of India is not coming up with legislation to ensure cleanliness in public places? Littering in Singapore is fined from $300 to $1000 for first time offenders but it may lead to 10 days in jail in its maximum form. Jaywalking may also result in a fine of $250. GOI’s recent amendment to MVA is proving to be a deterrent. With exorbitant enhancement in existing fines the hapless first time offenders, like poor cab drivers, have become glaring example to others. My recent trip in Uber was an eye opener. To my query for such cautious and safe driving the cab driver cited new traffic rules. He told that as a precaution he kept to an average of 50-60 Km/h and to be strictly within specified speed limits thus avoiding even the remotest possibility of traffic violation. He also expressed his fear for presence of cameras on the way thus emphasizing the importance of technological innovations towards preventive measures. In a similar vein GOI can come up with laws to ensure cleanliness in our locality. However, government must first provide garbage bins at least a pair (dry and wet) at convenient places. GOI should cut unnecessary expenditure on advertisements thus making budgetary allocation for these much needed garbage bins. It is also important for GOI to make arrangement for proper processing of garbage instead of allowing dumping elsewhere. Responsible government officials must travel by train to notice this reckless dumping of city collected garbage near rail tracks (even national Capital is not spared). We sincerely hope that government will try to change its attitude from implementing election winning measures to country developing/caring steps.

Let us pledge to do the Singapore style transformation in our wonderful country. 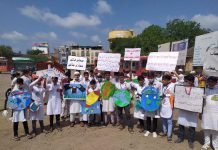 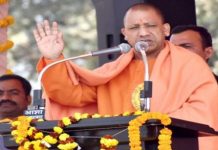 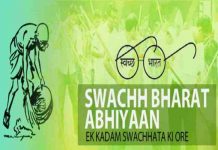