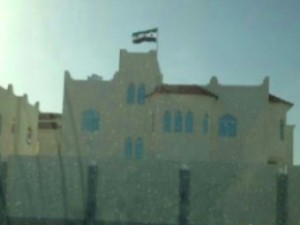 Doha, March 27 : The Syrian embassy here was handed over to the Syrian opposition Wednesday, a day after Arab leaders granted the Damascus seat in the Arab League also to the opposition.

Qatar was the driving force behind the formation of the Syrian National Coalition (SNC) and was among the first countries to recognize it as the “legitimate” representatives of the Syrian people.

Last month, the exiled SNC said Qatar would hand over the Syrian embassy in its capital Doha to the Syrian opposition.

A new ambassador and two other staffers would be accorded full diplomatic status, the SNC said, while the Qatari leadership kept silent about the news.

The Syrian government has repeatedly accused Qatar, Saudi Arabia and Turkey of being the driving force behind Syrian rebels.

The Qatari embassy in Damascus was closed last year, alongside several other embassies that belong to anti-Syrian administration countries.—IANS.