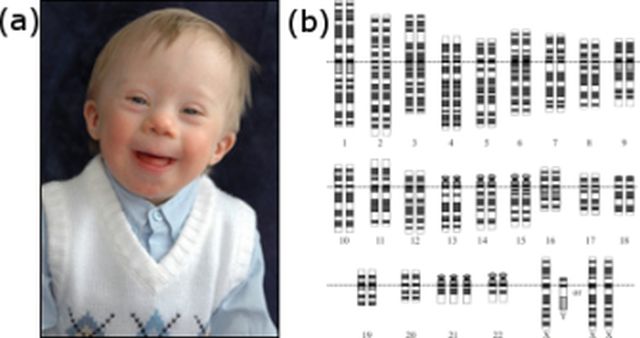 It may sound like code language or a password. But no, 22q11.2 is the name of one of the most common chromosomal disorders after Down syndrome.

The disorder has variable presentation. It may affect different parts of the body, mostly the heart, kidney, mouth and brain, along with the immune and endocrine system, leading to multiple deformities. With incidence of one in every 2,000 births, it occurs spontaneously in most cases while it is inherited in 5-10 per cent of cases, with a 50 per cent chance of transmitting the disorder. However, due to unfamiliarity and lack of understanding most cases are still identified after birth, during childhood or even during adulthood.

Here is a case study: Like any expectant parent, Juhi was excited when she learnt about her pregnancy. However, she suffered a miscarriage as her foetus was affected with Down syndrome. Juhi didn’t lose hope and conceived again after few months. This time, for precaution, she consulted a geneticist who advised her to undergo a non-invasive pre-natal test (NIPT) which not only detects Down syndrome but also few other chromosomal disorders.

To her dismay, this time as well the foetus was detected with a chromosomal disorder — the 22q11.2 deletion syndrome, also known as DiGeorge syndrome. Though she was initially upset, she was thankful to have information early to make an informed decision.

Today most expectant parents are aware of Down syndrome, all thanks to the awareness created about it. However, there are many other abnormalities which haven’t been spoken about, nor heard of, as they are relatively rare. To add to the difficulty, there is not much known of the disorder or of its treatment. Therefore, we often hear stories of parents running from pillar to post in diagnosing the disorder of their child or seeking funds for the treatment of their child.

So, what is the solution? It is evident that there is no cure for such disorders and hence management is only the way to improve the quality of life of the patient.

Prevention encompasses a lot of things :

* Being aware of your genetic predisposition to certain diseases.

* Matching your genes with your husband/wife before planning a baby.

* In case of miscarriage, finding the root cause for it and taking care in the next pregnancy.

* During pregnancy, opting for non-invasive pre-natal test which can detect any chromosomal abnormality through a simple blood test as early as nine weeks.

* Once the child is born, opt for new-born screening test to test for range of disorders.

Early detection can improve outcomes and more awareness is the key to identify such disorders.

(Dr Priya Kadam is Programme Director-NIPT, MedGenome Labs. The views expressed are personal. She can be reached at priya.k@medgenome.com)