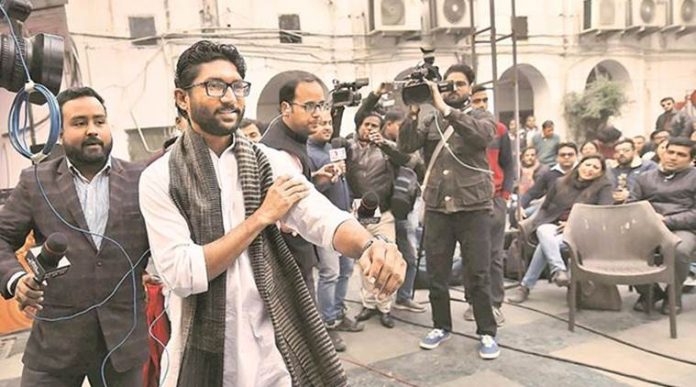 The stirrings in Dalit politics in different parts of the country are deep and profound. What precise political and electoral form they will take is open to question. But a new churning is apparent.

There are variations across states. To simplify matters somewhat, Dalit politics was, till recently, framed by two poles. On the one hand, there were movements to create a Dalit consciousness and win constitutional recognition. On the other hand, the response of the mainstream political system was a “managerial approach” to the Dalit question. This included incorporation of Dalits into the symbolic order of Indian politics while at the same time ensuring that real power shifts were minimal. This is, in effect, also the strategy of Hindutva incorporation of Dalits into its symbolic order: A strategy of containment. The question of reservations was treated as the final frontier of this managerial approach, as if by creating a class of beneficiaries questions of justice could be exhausted, and social contestation defused.

The new generation of Dalit politics will much more profoundly challenge this managerial approach to the Dalit question. In part, this politics is a consequence of significant changes in the lives of many Dalits produced by the economic forces of the last two decades. But these changes have themselves exposed the limitations of current Dalit politics in a number of issues: Violence, mobility, ethics and history. The fact of the matter is that Dalits still remain supremely vulnerable to violence. But this violence is still largely rendered invisible. The brutal gang rapes and murders we recently saw in Haryana did not evoke so much as a political whimper or acknowledgement by civil society.

The devastation of Dalit lives continues in the most sickening way. It could be that gang rapes have now been so frighteningly normalised in Haryana that few bat an eyelid; that it is not treated as a specifically caste problem even though there are profound connections between caste and violence. Dalit political leaders within major political parties seldom transgress the managerial approach of their parties to put a lid on these incidents. But underlying the silence is the subterranean fear that a focus on these atrocities may create the conditions for a more assertive Dalit mobilisation. It is now not ignorance but fear of such a counter mobilisation that produces the cloak of invisibility. But the attempt to render it invisible will produce subterranean currents of discontent.

There is no question that a changing economy is slowly transforming economic possibilities for Dalits. But, structurally, Dalits are currently poised between two contradictory forces. On the one hand, rural distress affects Dalit well-being directly. On the other hand, in areas where there is mobility, there are signs of a profound and violent social backlash against Dalit mobility. Economic empowerment does not translate into social acceptance. Often, at the local level, this even leads to consolidation of otherwise competing OBC castes against Dalits. In urban India, the story is more complex. But when hitherto subordinated groups that have a history of being brutally marginalised begin to be empowered, that mobility itself becomes the object of a very different kind of resentment.

In some ways, this is because the new form of Dalit politics is not just going to be a politics of survival that can be contained in managerial terms. This new form of Dalit politics is meant to be transgressive in very deep and profound ways. In India, communities have imagined and articulated their own pasts and histories. What is different about this moment is that these histories can no longer be “separate”, but they will now jostle for space in our consciousness, staking claim to be authoritative. Just imagine for a moment what it would mean to incorporate Dalit histories into the mainstream of history writing, not merely as a token gesture to be managed under the rubric of “social reform.” It would bring down so many edifices of Indian history writing: The whiggishness of liberal narratives, the pieties of nationalism, and the simplifications of Marxism. It will require a rethinking of common symbols and their meaning. What was at stake in the Bhima-Koregaon agitation was not just a Dalit right to their own histories, as it were, but a Dalit challenge to other histories.

This is the backdrop against which Jignesh Mevani is trying to carve out a new political identity. It is too premature to comment on his prospects. But one can already see the balancing acts he has to perform. On the one hand, the mobilisation of Dalits requires assertive politics. Dalit politics is still too fractured for this to be an easy task. On the other, this mobilisation can also produce the conditions for the consolidation of anti-Dalit social forces, particularly at the constituency level. In some ways, there is sympathy for Dalit politics only in so far as it can be managed with conventional paradigms that defuse its full ramifications. This challenge will require serious strategic thinking.

Mevani is becoming an object of interest for some in so far as he has the insurgent qualities to take on the Hindutva establishment. They are regarding him as a challenge since he is puncturing the myth of effective Dalit incorporation. But these insurgent qualities that are an asset also carry two risks. First, Indian politics, for good or for ill, has little space for the kind of radical left that is trying to bandwagon with him. The utter lack of political judgment in the Indian left will almost certainly derail him if the association gets too close. Second, Mevani understands that for an independent voice to carve out a political space, it requires a form of agitational politics. But the very thing that catapults you to the limelight also becomes a fetter electorally. The year 2019 is still far away, but if the disenchantment with Modi’s politics continues to grow, the result may be a hankering for old comforts, rather than more experimentation with the new. India may be looking for reassurance rather than radicalism. How do genuinely radical Dalit political voices carve out a space in this context?

But Mevani’s dilemma is not his alone. Despite progress in some areas, India is still failing to respond adequately to this faultline that still mutilates our society so deeply, as the silence over the incidents in Haryana shows. The pressures of a new Dalit imagination are colliding against the strategies of containment practised by old politics. This will be the most significant contest to watch.