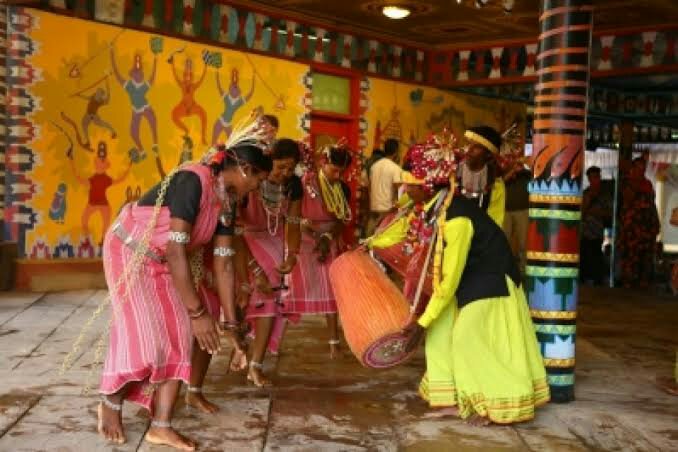 According to media reports, around 450 families from the indigenous Baiga and Gond communities were evicted to protect tigers in the Kanha Tiger Reserve in 2014. Forest-rights activist Vivek Pawar said the government and authorities make policies on tiger conservation that lead to the displacement of human settlement from the tiger-inhabited areas as they think that human beings and tigers cannot survive together. He said the authorities want to pit the tribals against tigers but hundreds of years of co-existence between wildlife and human beings tells a different story.

He alleged that hundreds of tribals community were tortured by forest officials under the veil of tiger conservation.

As per latest reports, out of the 2,967 tigers in the country, the state has 526 and forms 17% of the tiger-occupied landscape in the country. Madhya Pradesh is home to numerous tribal groups and there are many stories of peaceful co-existence between tribals and tigers. The Baigas, an indigenous tribe that resides near the Kanha forest in Mandla and Balaghat district, are a perfect example. Like other tribes and forest dwellers, the Baiga have been the victims of forced evictions by authorities since the 1960s. These are often carried out in the name of conservation, supposedly to protect the tiger population, but have disastrous consequences for the displaced communities.

Sixty-year-old Mangal Baiga, a resident of Katanga village near Kanha Tiger Reserve, said that a few years ago they had to leave their village Saup Raunda, located inside the forest, under the instruction of authorities and were rehabilitated to Katanga village.

He said tigers are like their family members and their life revolves around them. He proclaimed that even if tigers hunted the cattle, they didn”t seem to mind. We think if the tigers are protecting our fields and forest, they have all the right to prey on our cattle sometimes, he expounded.

Arjun Singh Dhurvey, a senior Baiga artist from Dindori district, informed that the tiger is considered a brother and god by the members of the community. He informed that God Bagheshwar, who has the form of a tiger, is inspired from the local tongue for tiger and is worshipped before the cultivation or harvesting of crops, weddings and the birth of a child.

He revealed that there are a few instances where tigers have killed a member of the tribe, but even then they don”t kill the tiger. They have adopted a unique practice where they slaughter a tiger made of clay. They believe that this ritual has played a crucial role in calming the man-eater.

He revealed that the Baigas, to avoid a clash with the tiger, don”t bathe for two to three months as they believe that the tiger, being a god, wouldn”t attack an unclean person.

Arjun said the Baigas still worship tigers and make artworks, paint on walls and even carve the shape of a tiger on wood.

The harmony between the Baigas and tigers has been recorded by Verrier Elwin, an anthropologist, ethnologist and tribal activist. In 1939, he wrote a book, The Baiga, which shed light on the lifestyle of Baigas.

“All Baigas avoid sparrows, owls, parrots, kites and vultures. Cranes are spared because they go about in pairs, and it is believed that if you kill one, you will soon lose your own mate,” the book reads.

Earlier, the tribal people used to roam in the forest and collect herbs. They would transfer the knowledge to newer generations. Pawar is wary that the newer generation wouldn”t be able to learn about their traditions. He fears that centuries of knowledge about herbs and medicinal plants that have been passed on from generation to generation will be lost.

He also pointed out that the forest dwellers are not used to the environment outside the forest and they fall sick whenever they go out into mainstream civilisation. They depend on the forest for sustenance and use plants as medicines and food supplements, he said.

“They [tribals] can”t digest milk or spices. They get their nutrition from plants in the forest and they are more healthy than city dwellers,” he commented.

Daya Ram Rathpuriya, an artist from the Baiga community, revealed that their traditional technique of farming, Bewar Krishi, doesn”t require the field to be ploughed for crops to grow as they are concerned about Mother Earth on which they grow their food. However, this technique is only practised in a few villages, he stated.