Five persons including a BJP leader were arrested in Trichy district of Tamil Nadu in a case of drug trafficking on August 11. The accused were allegedly smuggling opium through Prasad bottles, used in temples, to make it hard for police to identify the opium drug.
Police have seized 1.800 kg opium worth of 10 lakh rupees from them. The OCIU (Integrated Crime Prevention) directed that all those involved in the case be arrested. 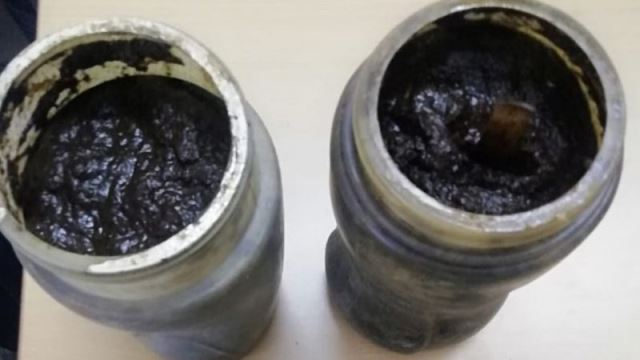 Police had received a tip-off that the opium was being smuggled in a car in Trichy. Following this, the police led by OCIU DSP Senthilkumar and Drug Prevention Unit DSP Kamaraj conducted a vehicle search in Trichy. Adaikkalaraj (40), a resident of Perambalur at that time, stopped and checked the car of Adadaiyan (50) from Manpidimangalam next to Nochchiyam of Trichy district. Police who appeared at the spot made a serious search inside the car where 1.800 kg of opium was found hidden inside the “Panjamirdam” bottle (Prasad bottle) kept inside the car. Its value was revealed to be ₹ 10 lakh internationally.
Police arrested the two and confiscated the car. It has been revealed that the car belonged to a Siddha doctor from Perambalur and Adaikkalraj gave his car to the Siddha doctor and took the doctor’s car. The apprehended persons also said that the drug came from the state of Rajasthan and was obtained by Prakasam from Perambalur. A total of 5 people, including 3 others, were arrested by the police and lodged in the Trichy Central Jail in connection with the abduction. Of these, the arrested Adaikkalraj is the BJP district administrator and it has also been revealed that since the drug was taken in the car of the Siddha doctor, the police were lied by the traffickers that it is Siddha medicine and finally they tested the drug and found that it was the opium being trafficked illegally. The drug trafficking police are continuing to investigate who are all behind such similar trafficking.

Since one of the two vehicles seized is said to belong to a Siddha doctor from Perambalur district, police sources said that Adaikkalraj had given the vehicle because he was a friend of the doctor, but the vehicle was used for drug trafficking and is currently being impounded. “We conducted a vehicle search based on the information we received that the drug was being smuggled to Madurai,” police said. Police added that they are investigating where the drug was smuggled from and where it was planned to be taken.
Adaikkalraj, who was arrested in the drug trafficking case, was not only the Perambalur district vice-president of the BJP but he is currently a member of the state executive committee of the party’s backward class team too. Such a kind of incident weakened the fame of BJP in Tamil Nadu which they capitalized through the past “Kanthashishti” controversy in Tamil Nadu.