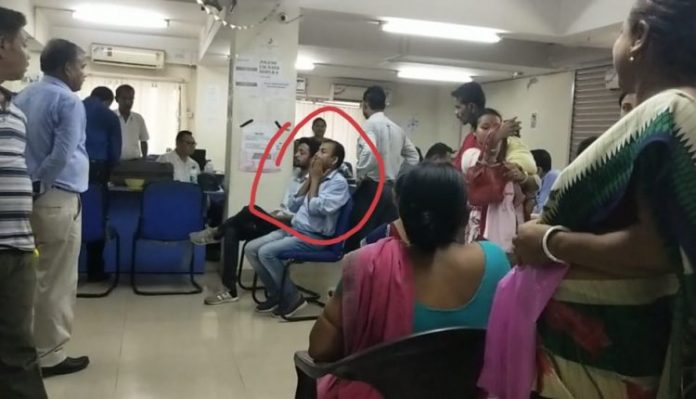 Guwahati, (IANS): The sleuths of the Vigilance and Anti Corruption Bureau on Thursday arrested two officials working under the National Register of Citizens (NRC) for allegedly taking bribe, assuring inclusion of names in the NRC.

The incident highlighted resentment among people over the efficacy of the officials engaged in the NRC, which has been updated in Assam under the Supreme Court monitoring.

One Syed Shahjahan, a Field Level Officer (FLO) of NRC Sewa Kendra of Dispur, was caught red-handed today while the accused was accepting a bribe of Rs 10,000 from complainant Kajari Ghosh Dutta of Ananda Nagar, Guwahati,” said a senior ACB official.
The bribe money has been seized from accused, he said.

Later, one Rahul Parasar, Assistant Local Registrar of Citizen Registration (LRCR) was also arrested for involvement in the crime, said a senior official of the ACB.

The first draft of Supreme Court-monitored NRC was published on December 31, 2017 in which 1.9 Crore names out of 3.29 crore applicants were included. The final draft which was published by the Assam government last year excluded 4,007,707 names.

According the the apex court, July 31 is the last date for publication of the final NRC for which the officials are now working hard so that the process of claims and objections could be taken up and sorted out before the stipulated date.