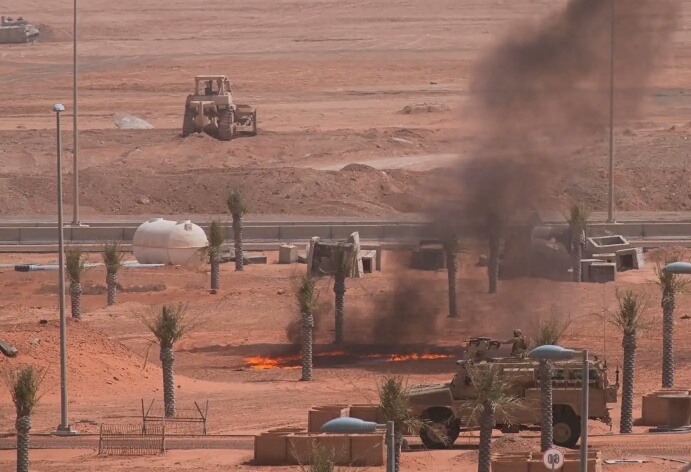 Troops raced over the dunes of the Al-Hamra Military Base to take the model city, complete with multi-story buildings, an airport control tower, an oil refinery and a central mosque. Controlled explosions rang out as Emirati troops rappelled from hovering helicopters and Marines searched narrow streets on the Persian Gulf for “enemy” forces.

The exercise saw 4,000 U.S. troops from the Army, Marines and Navy position armored vehicles and other equipment from Kuwait and the island of Diego Garcia in al-Hamra using a portable pier system. The barren desert, some 200 kilometers (125 miles) southwest of Abu Dhabi, is home to the UAE’s vast oil reserves as well as its new Barakah nuclear power plant.

The biennial exercise, called Native Fury, shows the close ties between American forces and the UAE, a federation of seven sheikhdoms on the Arabian Peninsula home to Abu Dhabi, the capital, and Dubai, its financial heart.

It also comes after the U.S. killed Iran’s most prominent general in a drone strike in January, and Tehran retaliated with a ballistic missile attack on American forces in Iraq. While acknowledging the tensions, U.S. officials dismissed the idea of Tehran viewing such an exercise with suspicion, only some 300 kilometers (185 miles) from its shores. SOURCE : AP