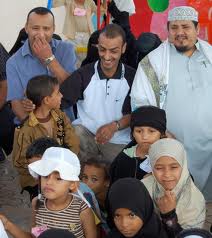 Of the 80-apartment housing complex, 55 apartments have been handed over to beneficiaries. The remaining 25 units will be handed over soon.

The first phase of the modern Sheikh Khalifa bin Zayed Hospital opened Dec 6, 2012 in Hadibo, capital of Socotra Island. It is fitted with advanced equipment and has two operation theatres, an intensive care unit and gynecology, maternity and infants wards.

9,797 passengers under home quarantine in Delhi