The ulterior motive behind the CAA and NRC is to try to change the demography of the country. The Hindutva lobby has been constantly talking of the rising population of Muslims in the country. Through slogans like “We 5 and our 50”, their leaders and propagandists have consistently been poisoning the minds of Hindus.  CAA, in their schemes of things, has the potential of “balancing” the population.

With the single masterstroke of CAA, they have secured citizenship for every single non-Muslim living in the country. Whatever their origin, they have nothing to worry as their name alone suffices to guarantee them a safe stay in India forever. If one happens to be a Muslim however, the onus is on him to prove that he is of Indian origin and not an intruder. This can create insurmountable problems for many. The brains behind this move may be thinking that through this act they may achieve several objectives:

First, the whole Muslim population will be under psychological pressure, and to get their papers right, they will have to suffer huge physical, mental, social and economic pressures;

Second, at least the real “intruders” and a section of the original Indian Muslims will fail to produce the sufficient evidence. Some of them will be ultimately thrown out of the country while some others may be lured into changing their religion. “Ghar Waapasi”, in their calculations, can gain sure momentum.

This will make some headway in their designs of increasing or at least maintaining the percentage of Hindus in the population. With impending steps like stringent laws to control population including ban on polygamy and still more stringent laws against conversion and inter-religious marriages, they calculate that their fears about declining Hindu population will be allayed.

“Hindu Population falls below 80 percent” – this and similar headlines had appeared at the top of almost all newspapers before the last Bihar Assembly elections following a report on the population. This had induced renewed fervor in certain lobbies in terms of their propaganda against rising Muslim population.

Even decades before the Partition, the Hindutva lobby had a keen eye on the demographic realities in the country. If the country got partitioned, it was not merely because a section of Muslims led by Jinnah demanded it and they got it. It was also because certain Hindu lobbies deliberately allowed, even facilitated it. While the Muslim supporters of Partition believed they would be able to carve a better future for Muslims in a separate country, the Hindu supporters thought that he Partition would in effect partition Muslim population, and Hindus would have an overwhelming dominance in what would become new India. And seen from their point of view, they were perhaps right. If the country had not witnessed Partition, India would have had about 55 crore Muslims out of about 165. This would have been around 33 per cent of the population.

With that kind of Muslim share, Hindus would not have been able to achieve the kind of total dominance they have achieved on almost all fronts. They have enacted legislations like Art 341, which has blocked any conversion of Dalits to Islam. The constitutional guarantees to Dalits are less out of love for them and more out of the desire to maintain the current demography. They have also ensured that while almost half of the population of Hindus gets reservation in jobs and colleges, Muslims do not get it. With much less than the adequate Muslim presence in political institutions, Administration, Executive and Judiciary, they have sidelined Muslim influence in the country.

The data have clearly shown that the fall in the growth of Muslims has been far more than that of Hindus in the last decade. This clearly shows that Muslims have adopted FP measures in increasingly large numbers. But Hindutva lobby will again cry foul trying to prove that “Muslims marry four wives and produce 25 children”.

The truth however is that if Hindu population has been showing a declining trend, it is almost wholly due to their own fault. Their dislike for daughters has grown despite severe laws against Sex Determination Test. Reports have shown that in the 9-5 years age group, the Male/Female ratio among Muslims is 950 compared to 925 among Hindus.

In Muslim families close to me, there are many with more daughters than boys or only daughters. I have seen this rarely in Hindu families. The Hindu experts forget that the growth rate within a community ultimately depends upon the number of fertile women and not men. If they are really interested in maintaining their lead in the population, they will have to produce more daughters and not kill them in the wombs of their mothers.

If they still feel that rather than their own doing, Muslims are responsible for it, they will have to understand that the larger growth rate among Muslims owes mainly to poverty and relative lack of education.

The best way to further reduce the gap will be to ensure that more and more Muslim boys and girls get higher education and employment. This will require reservation, both in education and jobs. They must also know that women in jobs are likely to have less number of children than the women not in jobs. Opening job facilities for Muslim girls would therefore be a positive stop.

Another important step would be to involve more and more Muslim NGOs in health and education and to grant them funds. I am saying this on the basis of my personal experience. Around 2000, I organized mother and child care and vaccination camps in around 200 Muslim villages of District Saharanpur.

The performance of those camps was so overwhelmingly superior to the camps organization by District Health Administration that CMO called for a special meeting to analyze this. While the number of vaccinations in the governmental camps would not exceed 8-10 a day, the numbers in our camps would cross 100 mark, and in one camp it crossed 400. ORG even conducted a survey in these villages and found huge success rate. This was mainly due to the lack of credibility for the government teams in Muslim villages.

Lastly, Hindutva organizations should refrain from making it a big issue. If they do, it will only prove to be counterproductive. The rate of the decline of their population is too slow to warrant any panic, and with time this gap is bound to decrease. Let this issue not allow an already galloping communal situation to worsen further.

CAA is fundamentally wrong. Pakistan is more known for sectarian and regional reasons for persecution than religious. Mohajirs (migrants from India) have often been the targets. If Some Hindus and Muslims have migrated to India, almost all have faced one or the other kinds of uncertainties in Pakistan and they thought India to be a safer place. Some commentators have tried to raise the “terrorism” bogey in favour of CAA. First, in the over-all statistics of terrorist related deaths in India, the share of Muslims is much smaller than that of non-Muslims including Naxalites, Ulfa, Bodos and Maoists, many of them being Hindus according to census. And so far there have not been any reports about the “intruders” living in India for decades having been involved in terrorist activities.

If India has to remain peaceful, secularism is the only way and the immediate way to preserve it is to include Muslims in the CAA. The Hindutva brigade should know that if they are really concerned about the true spirit of religion and religious values, they will have learn to work with Muslims on the basis of their common principles regarding family and social values. 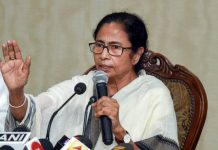 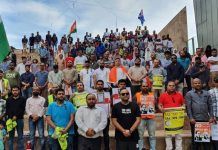 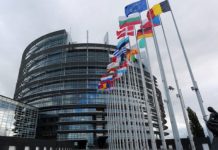