Jaipur: Umrao Salodia  the retired Dalit IAS officer and ex-chairman of Rajasthan State Road Transport Corporation, who was in news last year for his conversion to Islam is again making news.

Salodia , a 1978 batch IAS officer,  has  joined  Social Democratic  Party of India  (SDPI)  at its  state office  in the presence  SDPI Rajasthan State President Mohammad Rizwan khan and others in Jaipur on Thursday. 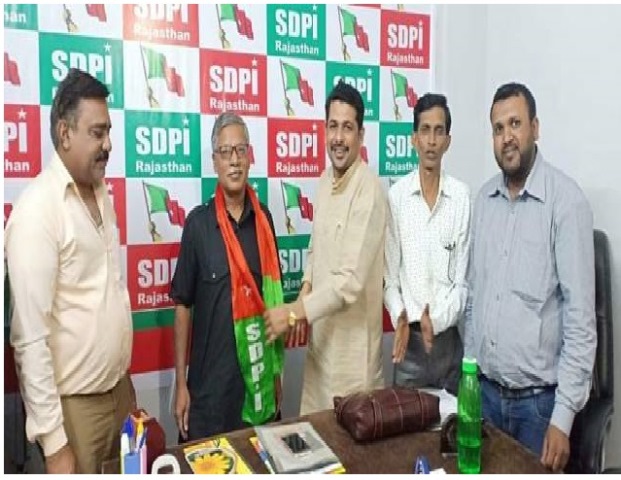 Now known as ‘Khan Umrao Salodia’  has joined SDPI , a political wing of Popular Front of India (PFI) which has huge followership in many states particularly in South.

Alleging victimization and discrimination by the Rajasthan government, Salodia not only converted to Islam , but also took  voluntary retirement last year.

Salodia has held several important posts in Rajasthan. He was the Director General of the Jawahar Kala Kendra and was transferred to the Rajasthan State Road Transport Corporation as its chairman.

When asked by Muslim Mirror why he opted for  a lesser known party in presence of many national parties he said ‘I have been watching the activities of SDPI since last two years very closely , it looked very inspiring for me as it was  raising the issues of Dalits,  Muslims  and other oppressed classes very sincerely.  SDPI also supported Jignesh Mevani in his election,  its working for Dalit Muslim unity very effectively . Since our aim  is same so working  with like-minded people with common cause  is the need of the hour,  so when SDPI’s state president  Rizwan Khan approached me I thought its best the time to join SDPI’.