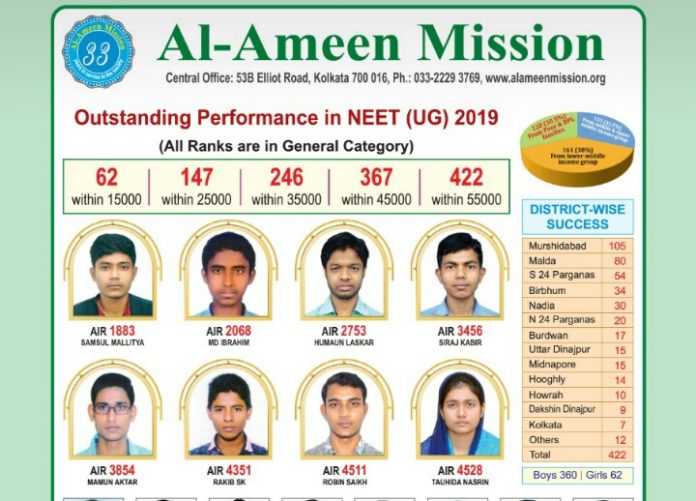 This year too Al-Ameen Mission has broken all its previous records as  422 students qualified  India’s biggest medical entrance exam, NEET,  out of which 128 (30.5%) students are from poor and BPL families, 133 (31.5%) are from middle and upper middle income group and 161 (38%) from lower middle income group. 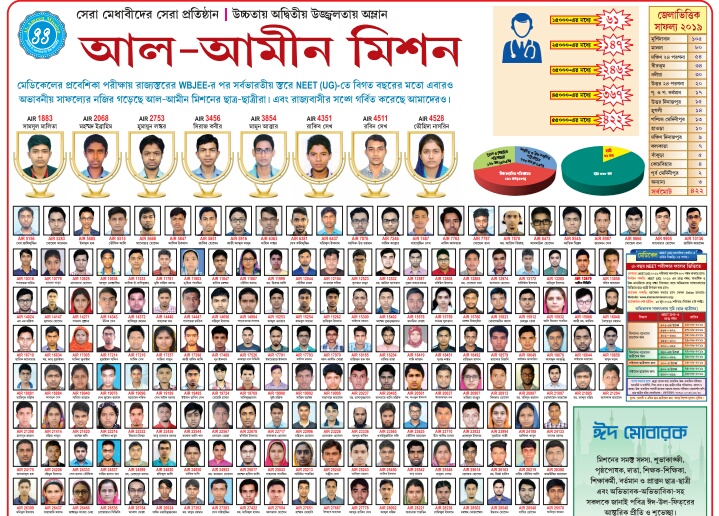 Mr. Nurul Islam’s vision and tenacity for the betterment and upliftment of the underprivileged has brought great results for the NGO in recent years. He told Muslim Mirror that Ramakrishna Mission truly inspired his inner spirit and compelled to follow the same during his college days in Kolkata. The Muslims in West Bengal are considered as one of the most deprived and backward section among the muslims in India whose population records to the second largest after Uttar Pradesh.

It is significant to mention that Murshidabad and Malda district being the most backward have given the highest numbers of NEET qualifiers. Out of 422 students 105 are from Murshidabad whereas 80 are from Malda.

Furthermore, the results reveals that 128 students selected in NEET are the ones whose total expenses were done by the Zakat fund of the NGO whereas 161 are those who paid half (50%) of the expense and  133 students were under the full payment category who paid the full amount of 6000 INR per month.

M. Nurul Islam, the director of the NGO started a coaci class with only eleven students in a madarsa building at the outskirts of Kolkata in 1987. 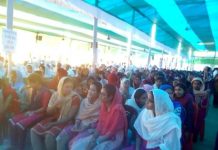