Kolkata :  The Convener of  Joint Forum against NRC and United Forum for National Integrity on Saturday said the  West Bengal government-led by Chief Minister Mamta Banerjee has stayed all activities related to NPR exercise as the BJP-led Central government has announced that it would go ahead with the NPR exercise from April 1,2020.  He  said the United Forum also criticized Janata Curfew” announced by the Prime Minister calling it a gimmick, which does not address the serious situation in the country.

According to information collected through RTI from the Directorate of Census Operations, West Bengal,  the West Bengal government had first re-published the NPR related notification on 13.09.2019 but subsequently stayed all activities regarding NPR on 16.12.2019.

Furthermore, the training of Census and NPR enumerators has not yet commenced in West Bengal.

The preparation of the NPR in 2010 was preceded by a West Bengal government notification dated 06.04.2010 issued before the commencement of the Census 2010-11 exercise.

It is clear from the information that the NPR exercise cannot be conducted in West Bengal or any other state without the consent and cooperation of respective State Governments.

The Joint Forum against NRC and United Forum for National Integrity have already written to the Chief Minister of West Bengal to stop the NPR process permanently and delink it from the Census exercise. The Leader of Opposition in the West Bengal Assembly and other opposition leaders have also made similar demands.

It is to be noted West Bengal ruling party Trinamool Congress is in the forefront in opposing the CAA, NPR and NRC.

In  view of the COVID (19) pandemic,  he said, the Forum has also announced of  discontinuing the Relay Hunger Strike at the Rajabazar Dharna site from today, after the completion of 9 days in the city . Large mass gatherings at the Dharna Site will be avoided. However, the movement to ensure that no NPR related activities are undertaken in West Bengal will continue. We will be forced to resume agitation if the State Government allows the commencement of the NPR updation in West Bengal at any future date.

The Union Government is moving towards a nationwide lockdown in order to contain community transmission of coronavirus. The Joint Forum against NRC and United Forum for National Integrity feel that the Sunday “Janata Curfew” announced by the Prime Minister is nothing but a gimmick, which does not address the serious situation. We demand the following from the Union and the State Governments:

The Census exercise needs to be suspended and the NPR updation stopped permanently in view of the COVID (19) pandemic.

Uninterrupted supply of all essential commodities, including hand sanitisers, soaps and medicines must be maintained everywhere.

Income support and social security for the poor, daily wage and informal sector workers must be ensured before announcing any nationwide lockdown/curfew.

The healthcare system must be geared up with free and adequate testing facilities and manifold increase in the number of hospital beds in order to meet any emergency. 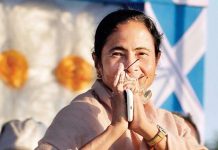 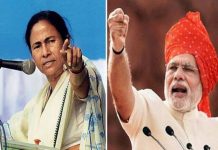 Modi accuses Mamata of protecting scamsters, she calls him ‘master of corruption’ 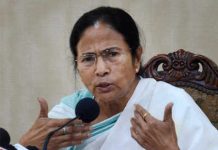 Students must ensure history is not changed: Mamata