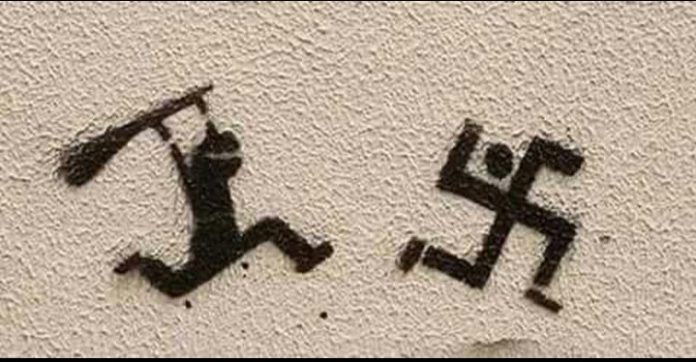 It is good that the voters of Delhi wisely decided to kick the highly explosive BJP out of power in Delhi. It is also a fact that the massive victory of Arvind Kejriwal in Delhi will ever change the attitude of the BJP leaders towards marginalized Dalits, Muslims and Christians. The powerful central Modi government in connivance with economically and politically controlling RSS will keep on bringing rubbish issues in the country which will give sleepless nights to the members of these religious minorities. What needs to be learnt from Delhi Elections Results. To keep the BJP out of power, the secular people of India must work on the followings:

People of India must generate positive awareness among themselves either through political platforms or through social media. First and foremost, they need to be united. The divisive agenda of the BJP needs to be defeated at any cost. For that, the people of India must organize political meetings at the local level and generate awareness about the nefarious agenda of the BJP. Educated people must come forward to educate the illiterates. They should teach them that the agenda of the BJP/RSS is to marginalize the members of the religious minorities to such an extent that their next generation will not survive economically. The local leaders who really think that the BJP/RSS agenda is dangerous to the country they should start communicating to smaller groups of like-minded people. After educating them they should be motivated to educate more five persons. Like this, they can build up a chain of like-minded people to defeat the BJP politically. Let the educated people of India also not allow the BJP to play a divisive politics on the religion lines. The leaders of the regional parties across India must learn that the BJP will quit them when they are in trouble. The BJP will put them into prison for no reason. For example, the leaders of People`s Democratic Party(PDP) are under house arrest. The same BJP led a coalition government in J& K with the PDP. The BJP left the state after setting communal agenda. During the BJP-PDP rule in J& K it is the BJP which promoted communal violence and left PDP stigmatized. The relations between India and Pakistan deteriorated further.

Narendra Modi came to power in 2014 with the support of the RSS and also succeeded in repeating his thumping victory in 2019. The rich RSS has been strengthening Hindu organizations financially across India which are helping largely the BJP/RSS in setting religious agenda by dividing Hindus and Muslims.

The formation of Muslim Rashtriya Manch(MRM) an organization affiliated to RSS massively divided the Muslims among themselves. Greedy Muslims for political power are chanting eulogies of the BJP day and night. Such greedy Muslims teach the poor and marginalized Muslims that they will benefit from joining the BJP. The same story is with the Dalits. Many RSS men are placed in the Dalit organizations that confuse the Dalit movement. RSS men are making strenuous efforts to convert Dalits into Hindus. “Sanskritsation”  a concept propounded by Prof. M.N Srinivas, is becoming a way of life of the Dalits. In this matter, Christians due to affiliation to the Communist Party of India(CPI) are less influenced by the BJP/RSS. Secular people who think that they should save the country from further social and religious divisions should educate the poor and marginalized Dalits, Muslims particularly not to fall prey to the mousetrap of the BJP/RSS. Secular people  must educate the people of India that further division between Hindus and Muslims will ruin this beautiful country.

The BJP/RSS has been placing Brahmins in the USA, the UK, Canada and other European countries to introduce themselves to the organizations being run by the Dalits, Muslims and Christians. The lethal agenda of such Brahmins is to create social and religious divisions by attracting greedy people from these communities and reward them with huge money to form and run new organizations. The BJP/RSS wants to see such new organization spreading the philosophy of Brahmanism. Burgeoning of new Ambedkarite/ Buddhists/ Ravidassi organization being led by Brahmins in the United Kingdom shows that the Brahmins succeeded in their mission to create confusion among the Dalits living in the UK. Similar is the case in Canada and the USA. The leaders of Muslim Rashtriya Manch(MRM) throw money to several international Muslim organizations and seek their assistance to create divisions among the Muslims. Christians in the USA, the UK and Canada and other European countries do not fall to the trap of the BJP/RSS.

One can safely conclude that the BJP/RSS nefarious agenda can be defeated only by generating positive awareness among like-minded people of India. At domestic level, secular people of India must work on generation of political and religious awareness by communicating to the people. Internationally, the Dalits and Muslims in Indian Diaspora must identify greedy Dalits and Muslims and kick out of their religious bodies. Remember, the enemy is powerful and cunning. To fight such a deadly enemy on the ground, new strategies needs to be devised and practiced.

There is an urgent need to educate the people of India about apocalyptic agenda of the BJP/RSS.  Dr B.R.Ambedkar, Netaji Subash Chandra Bose, Bhagat Singh, Dr Zakir Hussain, Maulana Abdul Kalam Azad, Sardar Vallabh Bhai Patel and M. K .Gandhi generated awareness among Indians against British colonial government for independence. Let us follow our leaders who laid their life for Freedom and kick out of power the BJP/RSS before it becomes too late to pull through the burning ashes. So, the lesson to be learnt from Delhi elections results.