It seems the  ice is melting. The crushing defeat in Delhi at the hands of Shaheen Baagh’s great warriors and strategists has shaken the BJP from its roots. It is now sending overtures to buy peace with minority community and is ready to have dialogue with Shaheen Bagh ladies. Our perception may be misleading. There signals for reconciliation may also be false as BJP and RSS are masters of double speak. However, it should be taken as an opportunity to end the present deadlock. And I think we should make right use of this opportunity.  As my friend Junaid Iqbal from Muscat sees in  it an opportunity of achieving  Bait e Rizwan or Agreement of Hudiabiya or both , I also see there is no harm in opening a dialogue with the present regime in order to achieve our demands or further strengthening our fight by exposing these agents of hate and falsehoods.

But the question is who shall form the delegation to meet Amit Shah and who shall lead that delegation. Amit Shah is not an ordinary communicator; he is the most cunning politician. So the members of that delegation should be chosen carefully. In fact this movement generated by Jamia, AMU and JNU which later on converted into Shaheen Bagh is a ‘leaderless movement’. It is a kind of spontaneous upsurge arising among the students of three central universities and finally taken over by the ladies sitting on a continuous Dharna for more than last two months. Being apparently leaderless is its real source of strength. These ladies, no doubt, are gifted with lot of courage, valour, patience, fortitude and a will to give sacrifices. We cannot deny their importance, significance and ability to withstand a repressive regime and its brutal measures of repression, but can we trust the negotiation skills of our plain hearted, honest and gentle ladies. Well if the home minister Amit Shah is ready to come to the Dharna venue, the whole crowed of ladies can be a good match to Amit Shah’s all puns and double speak . But as I feel Amit Shah won’t have the courage to be swept away again by the brooms of these ladies in such a short time after being swept away by AAP.

So, we need to form a delegation of people who are well versed with the constitution and system of governance. Such a delegation should comprise of honest, bold, fearless and experts in negotiations. Who can be these people? People from Jamiat Ulema-e-Hind , from Jamat e Islami, from Jamiat Ahle Hadees , from Majlis e Mushwrat, Milli Council, an Amir Shariyat or a Shahi Imam. No, not at all. These people and organisations have proven themselves to be people without any guts, courage and nerves. They are dwarfs but claiming always as the leaders of the community. We cannot rely upon them. Any threat of FERA or ED will bring them to their knees. Let them do some more important works like collecting money, purchasing lands, constructing buildings, distributing Aftar kits during Ramadhan, or making the poors and needy of the community lined up to receive blankets during winters and making their videos in the name of Dawah or Services. There consistent record in last six years will compel these lionesses of Shaheen Bagh to deny them any role here.

Well then who? In my sincere opinion, one or all three “Daddees” shall lead the delegation and to assist her/ them, the persons like Dr Asma Zahra,  Parshant Bhushan, Dr Yogendra Yadav, Harsh Mander,  the writer turned activist Arundhati Roy, former IAS Kannan Gopinathan (IAS), former IPS Abdur Rahman  ( the two who resigned in protest against CAA) and some other prominent personalities who are supporting the present movement should be  included  in  negotiation team.

The delegation shall meet with Amit Shah with a resolve that there shall be no compromise on the unconditional revocation of  CAA, and the threats of NPR, and NRC. The delegation should further corner the central government not to send people to detention centres in Assam unless and until they are given a chance to present their cases before Foreigners Tribunals. These Foreigners Tribunals should work under the direct scrutiny of Supreme Court. Further the repressive Acts like UAPA and NSA should also be reviewed and made humane. The police brutality against students, women and other agitators should also be a subject to be resolved on the negotiation table. They should be brought under judicial scrutiny. The allegation that RSS cadres are getting mingled up with the police force and torturing student should also be matter of judicial enquiry. The use of prohibited gas on agitating students of Jamia should be investigated by a high court judge.

All the cases filed against protesters must be withdrawn. Shirjeel Imam and Dr. Kafeel should be immediately released and their emotional outbursts should not be seen otherwise. The Home Minister should in clear terms promise that any member of the minorities will not be suspected for anti-national activities in future as from the advent of British until now no Muslim has ever been  arrested for spying for any foreign power. They always come from “Hindutwa fold” only. The government shall promise that from now they are not going to question the patriotism of Muslims. Muslims have their own yardsticks for patriotism and they would always practice that.

I have not suggested any name of students from Jamia , AMU or JNU because that may disturb the present unity among students . ”

I hope Shaheen Bagh today and tomorrow will emerge into a big victory in the battle of true democracy, secularism and national integration, and it will defeat the forces of hate, disunity, disintegration and fascism. 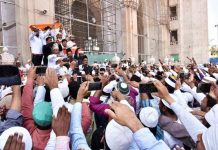 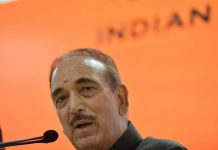 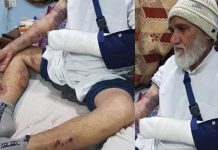