The novel corona virus is a global pandemic and it spares no one. It has not spared the prime minister of the UK nor the Queen of Spain. The government and the citizens of India have a greater role to play and act responsibly to fight Corona amidst its vibrant festivals, unprecedented lockdown, economic slowdown, migrant workers, and divisive politics.

The preparedness of the country can be judged by analyzing the timeline of events which attracted mass gatherings despite WHO announcements in the months of January, February and March 2020. It is very essential to understand and spread awareness among all communities to work collectively to contain the major health threat .It seems that India has lagged behind seriously in containing the pandemic earlier and the blame is now framed on the Muslim community to divert its incompetence. It is important that early interventions are crucial to combat global health pandemics.

There are a total of 9826 new cases and 312 deaths spread across 20 countries by the end of January in the world due to COVID-19. On 31st Jan 2020 coronavirus was declared as global health emergency by WHO. In India, the first coronavirus case was detected on 30th Jan 2020. However, the major point of concern for India was the distressing economy which attracted a Bharat bandh on Jan 8, 2020, where a quarter of the county participated. There were cricketing events with Australia and New Zealand taking place in the country and Indians celebrated its vibrant festivals when the pandemic was looming large elsewhere.

There are a total of 85203 cases and 2921 deaths due to COVID 19 spread across more than 32 countries in the world by the end of February 2020. WHO reports that the death toll due to coronavirus surpasses SARS. But very surprisingly, India reports only 3 coronavirus cases that were found on 3rd Feb 2020 even on 29th Feb 2020 which reflects very low testing. There are no major awareness programs like social distancing to alert the public as Indians have celebrated more than 11 major festivals in this month. There seem to be no proper strategy to counter the spread of COVID 19 as the government appears to be in denial of global health pandemic that is looming the entire world. The number of tests performed was less and travel restrictions are only limited to 5 countries.

During the same month, Delhi had assembly elections and the whole country is in the midst of serious protests which attracted mass gatherings against a controversial citizenship laws (CAA/NRC/NPR) that discriminates the minorities. The central government ignored the warnings from leaders of Opposition as well, one from Rahul Gandhi as early as Feb 12, in which he righty pointed that “The Corona Virus is an extremely serious threat to our people and our economy. My sense is the government is not taking this threat seriously. Timely action is critical.” .This was the time which was befitting in responding to the corona virus but the ruling party defied it and fooled the common man and the criticism as well. By 24th Feb 2020 –WHO has already informed that coronavirus has spread across many countries including the USA. It is a serious health negligence on the part of Indian government to arrange ‘Namaste Trump’ event where more than 1,25,000 people have gathered with attendees from Corona affected countries. There were no travel restrictions or screenings taking place at airports from the corona affected countries which resulted in a huge rise in coronavirus cases in the month of March, 2020.

From Mar 9, 2020, a health warning stared to ring with a cough in the mobile phones just two days before the WHO declared coronavirus as a pandemic i.e., on 11th March 2020. It cannot be denied that the virus had already spread the country. The number of positive cases started revealing with an increase in the test rate. Despite that, the whole country was going through Holi celebrations limited to a certain extent. Social distancing was advocated, yet no serious measures were taken to implement it, which resulted in a voluntary Janta curfew on Mar 22. However, the purpose was made a mockery when huge gatherings assembled to celebrate at 5PM by banging utensils. Can we acknowledge that authorities did not communicate properly?

Before the Janta curfew, temples, churches, gurudwaras, and mosques were operating and exercising their belief. The Ministry of Health affairs was in no mood to acknowledge that COVID -19 was a major health emergency till Mar 13. The Delhi government restricted religious gatherings only on March 16, in which no more than 50 could assemble. Tirupati temple was operational till March19, Rameswaram Temple till Mar 21. Parliament was still on session discussing Delhi riots; protests against CAA/NRC/NPR were taking place everywhere with participants from all classes, castes, and religions. Unplanned sudden lockdown of 21 days was announced on the 24th night. All modes of transport were blocked and the state borders were sealed by the respective states. Had there been proper planning, it would not have lead to a mass exodus of migrant workers with panic and desperation to reach homes by any means. The whole purpose of lockdown was again rendered useless when nearly 50 thousand gathered at AnandVihar bus stand in Delhi. The social distancing norms which need to be adopted were violated.

The unprecedented lockdown has disturbed the daily routines of the entire nation. Despite the Union government’s announcement on 16th March 2020 to stop all institutions, shopping malls, theatre, gyms including religious places to shut until 31st March 2020, the number of footfall across various religious temples (Bhadrakali temple, Venkateswara temple, Somnath temple, Pavagadh temple, ChotilaChamundimandir, Khodaldham, ISKON temple and so on) only reduced by 15-20% until March 19, 2020. There was astonishing news that the Ram Lalla movement has been organized where government ministers attended an event on March 25th even during the lockdown period.  However, the spread of the coronavirus in India is being masked in certain media as if it is due to an event organized by Muslim minority Tabligi Jamat event in Delhi. Unfortunately divisive politics is on display to shadow all the misgovernance of the center, and the state that led to the spread of the virus. The action plan to track everyone who attended Delhi event should have been for health security but unfortunately, it has taken a communal color to criminalize minority Muslims. The hatred is successfully transmitted through few media channels to everyone staying at home. There must be a proper strategy to involve all the stake holders in fighting this menace rather than vilifying a particular community or organization.

All these events raises a question did Indian government fail to intervene this pandemic early and when things seem to go out of hand, did it start using its sick divisive politics? Atleast now the government should focus on prioritize focusing on the poor and the needy and plan right action strategy after the lockdown by uniting all the communities to combat this deadly virus. 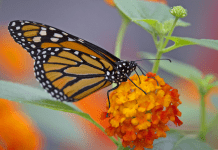 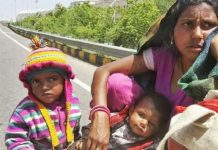