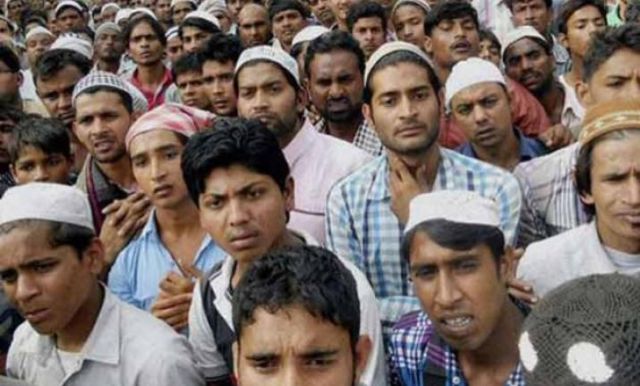 Why there is so much hatred against Muslims and why they are looked down? Earlier, people used to call a Muslim as ‘Mian Saheb’ and his word was considered to be an authority, because of his impeccable character as known to all in the locality. A Muslim was supposed to be truthful human being who believed in justice. Why and when all this changed? Of course, one important reason may be the canard of ‘terrorist’ tag attached to Muslims internationally though unscrupulous vested interests used Muslims for propagating their own agenda of appropriation of natural wealth. In our own country, well planned terrorist acts were committed by someone else but only Muslim youths were tortured/ arrested. Even after confessionary statements by Mr. Aseemanand, who listened to the voice of his conscience, Muslim youths are still languishing in Jail. The prosecution is not interested in conviction as it is fully aware of the flimsy grounds on which it has built its case. Ultimately, court will set Muslim youths, persecuted and prosecuted for years (sometimes over a decade), free but at what cost? To cite just one case: Batla House encounter trials are being dragged in courts for almost a decade but still verdict is not in sight. It is not at all possible to compensate even one day of the life of an aspiring Muslim youth in whom Parents have pinned their future hopes. In trials where Muslim youths, falsely implicated by security agencies, were exonerated by honorable courts, what action was taken against erring investigating officers? All these questions are a blot on our criminal procedure system and the unjust ways of media, which gleefully plays the role of investigating officer, advocate and judge all at the same time.

Having said all this, let us now introspect to our own conduct. Recently, matter of ‘Triple Talaq’(TT), on which opinions in Muslim community differ, was heard in Supreme Court. After honorable court’s direction AIMPLB (All India Muslim Personal Law Board) introduced a clause in the ‘Nikahnama’ where bride has the right not to accept such Talaq given in one sitting. Why AIMPLB has not done this before? When issue of TT was raised with clergy they vaguely replied that ordinary mortals cannot understand the scriptures. Holy Quran itself claims about its simplicity and easily understood text and it contains, to the best of my knowledge, nothing alluding to TT. Even mention of Quran was made by a Cleric while delivering Friday sermon in support of TT. Later when the error was pointed out, the Cleric simply apologized and requested consulting other knowledgeable Cleric in this matter. It has been noticed that Clerics very casually talk about cosmology in their sermons without bothering to check facts. They should refrain from such subjects of which they have no knowledge.

Another issue where AIMPLB unnecessarily objected earlier was ‘rising of marriage age for girls to 18 yrs’. Is this exclusively our issue? In our country children are even betrothed just after their birth and we keep hearing of childhood marriages in spite of stringent laws. Similarly, we unnecessarily get alarmed at mere mention of ‘Uniform Civil Code’(UCC). Though government never bothered to uphold constitution as far as children education is concerned but they indirectly got this UCC issue (directive principle) raised at different forums. Long back, in a meeting on UCC it was mentioned that if one understands India’s diversity of culture, one can sense the gravity of this almost impractical issue. Now recently, good sense has prevailed in our community and they have started demanding for an elusive rough draft for UCC.

When Islam reached Indian peninsula it got influenced by the prevailing caste system (Varna: The division of society on the basis of occupation in the Early Vedic period led to the development of four classes). Hence Muslims also wrongly divided themselves socially into ‘Ashraf’(noble/higher class) and ‘Azlal’(lower class). They sinfully took pride in being called as ‘Saiyed’, ‘Shaikh’, ‘Khan’ etc and looked down upon ‘Ansari’(cloth weavers being derogatory called ‘Jolaha’). Due to this corrupt thinking they (Muslims) hesitated to embrace so-called ‘Shudra’ and behaved similarly as higher caste Hindus/Vedantists. Islam, as a matter of fact, was an anti-thesis of this caste system and differentiated among human beings only on the basis of their (good) deeds. Prophet Muhammad’s (pbuh) last sermon is a testimony to this concept of universal brotherhood in Islam:

Our beloved Prophet Muhammad (pbuh) was so tolerant that he never reacted to daily throwing of trash by an old lady in Makkah when he used to go for prayers. He(pbuh) always preached for removal of obstacles on thoroughfares and not to obstruct right of way to others. He(pbuh) emphasized avoiding such actions which may disturb our neighbours’ peace of mind while at the same time instructing to take care of our neighbours’ needs. Now, do we follow our Prophet’s (pbuh) instructions? In the holy month of Ramzan, some of us do not give a damn as to what harm our blaring loudspeakers are causing to our neighbours in the middle of night. In this age, when everyone has watch, cell phones, alarm clocks etc. why stick to such high volumes for our microphone. We are not obliged to use loudspeakers, a modern day invention. We can very well revive the tradition of ‘Muazzin’ calling from the parapet of our mosques. May I humbly suggest taking off silently all loudspeakers. 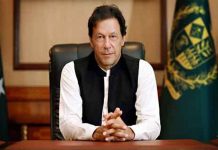