New Delhi, Oct 4 : The Supreme Court on Friday said it would wrap up the hearing in the 70-year-old politically vexing Ram Janmabhoomi-Babri Masjid land dispute at Ayodhya on October 17, a day earlier than its schedule, thus leaving merely four days of active hearing now.

Chief Justice Ranjan Gogoi, at the end of the hearing on 37th day, drew out the final schedule on the order and scope of arguments in the final phase of the matter.

The Muslim parties are expected to finish their arguments on October 14, followed by two days to Hindu parties to make submissions on their rejoinder. “October 17, the last day of hearing, the court has carved out a time-frame for arguments on molding relief for the parties,” said the Chief Justice who heads the five judge bench hearing the matter. The bench also has Justices S.A. Bobde, D.Y. Chandrachud, Ashok Bhushan and S.A. Nazeer.

It is expected that the judgement will be pronounced on or before November 17, the day of the Chief Justice”s retirement. The court will not sit on any day during the Dussehra vacation (October 4 to 13), and also ruled out any hearing on Saturday.

At the beginning of the hearing on Friday, Justice Bobde and senior advocate Rajeev Dhavan, who is representing the Muslim parties, exchanged some sharp comments on the nature of divinity in Islam.

As Justice Bobde said that “divinity can be attributed to Hinduism, but not Islam..”, Dhavan replied that a mosque is always divine. The judge pressed on, saying: “It is dedicated to Allah, how is it divine?” To this, Dhavan said Muslims pray five times to Allah in a mosque, therefore it is divine.

Unsatisfied with Dhavan”s reply, Justice Bobde said: “We like to see some authoritative text from some scholar.”

He then posed a second query. “Muslims cannot be praying to a piece of matter, like an idol?” he asked and Dhavan replied that they pray to the Supreme Being in spiritual form.

Dhavan also submitted that foreign perception of India”s secularism changed after December 6, 1992, when the Babri Masjid was demolished. “Communally divisiveness and illegality was blamed on Muslims but it would also apply to them when they demolished the mosque in 1990s. Moreover, there is no proof of Babar destroying the temple to build a mosque,” he said.

Nullifying the travelogue and gazetteers cited by Hindu parties to support their claim that people worshipped Lord Ram at dispute site, Dhavan said: “Who were they worshipping … every mosque is sacred to Muslims.” Continuing his arguments, Dhavan said between 1855 to 1989, they were worshipping an idol, but the whole area was regarded as sacred.

“Can every sacred area become juristic personality (subject to law). They were worshipping at the Ram Chabutra.”

As Hindu parties contested Dhavan”s arguments, he said: “Their submissions contextualised it as Hindu civilisation. Islamic civilisation is also a civilisation. Otherwise, we get back to the danger of one civilisation.”

Hindu parties then strongly objected to Dhavan”s arguments. “This is not play-action, we all know who is Lord Ram,” said the Hindu parties” counsel.

At this, the Chief Justice intervened and asked Dhavan to begin his arguments on Sunni Waqf Board lawsuit (suit 4). “Shall we go to suit 4 and concentrate on whatever more is left in suit 4,” he said. In response, Dhavan said that the dispute is that Ram was born what became the inner dome of the mosque, as per the Hindus, and Muslims say prove it.

During this week, the bench gave an extra hour every day to parties to wrap up their arguments as per the schedule, and did not allow the counsels to breach the time allotted to them. The top court also warned counsel to refrain from producing any fresh evidence during the remaining days of the hearing. Additionally, the parties were directed to file rejoinders on the records and submissions made before the Allahabad High Court.

The top court commenced the daily hearing on the matter on August 6. Fourteen appeals have been filed in the court against the 2010 Allahabad High Court judgment, which was delivered on four civil suits, and partitioned the 2.77 acre disputed are equally among the three parties – Ram Lalla, Sunni Waqf Board and the Nirmohi Akhara. 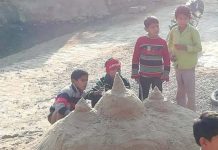 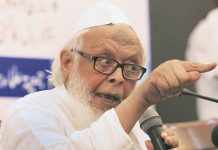 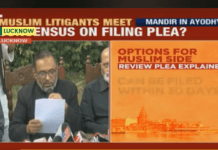