New Delhi: As the ban on Students’ Islamic Movement of India (SIMI) is nearing end, the Union home ministry is awaiting status report from the Aam Aadmi Party (AAP) government to decide  whether the five-year-ban on it should be further extended.

SIMI is a banned Islamist organisation that was formed in Aligarh, Uttar Pradesh, in April 1977, with the stated mission of “liberation of India” from Western materialistic cultural influence and to convert its Muslim society to live according to the Muslim code of conduct.

The Indian government describes it as a terrorist organisation and banned it in 2001, shortly after the 9/11 attacks. The ban was lifted in August 2008 by a special tribunal, but was reinstated by K.G. Balakrishnan, then Chief Justice, on 6 August 2008 on national security grounds.

The government had declared SIMI as an unlawful association  and placed it  under a ban  under the provisions of the Unlawful Activities (Prevention) Act, 1967 till January 31, 2019

Seeking response from  Delhi chief secretary Anshu Prakash, the Ministry of Home Affairs (MHA) said since the ban was coming to an end in 2019, it was for the state to find out if SIMI continued to indulge in unlawful activities, in a bid to take any further action or not.

The letter said: “If its (SIMI) membership continues, then ipso facto a case of unlawful activity under the Act is made out. If this organisation an-d/or its members commit offences in furtherance of their aims and objectives, then the charge sheet would have to contain reference to such violations of the Act.”

SIMI was banned in the backdrop of 9/11  attacks in US by the then BJP led government at center. Before the ban there was not a single case against the 25 years old organization in any part of the country. Later most of its members including its president Dr Shahid Badr Falahi  were acquitted by honorable courts. 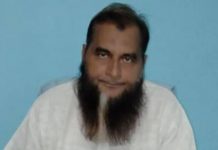 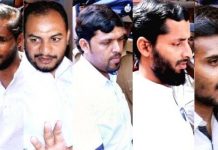 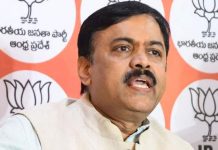