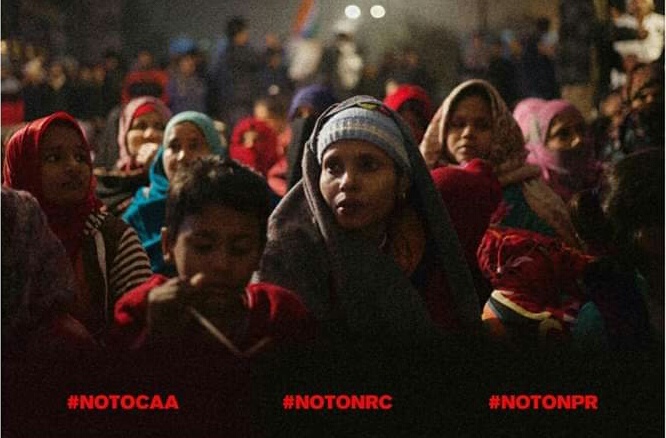 Muslim women have always been  looked down as a symbol of weakness and oppression in pur society.

However,  today Muslim women from Shaheen Bagh have discarded this notion and have emerged as a symbol of great strength and will power.

They have proved that they are second to none by leading the most challenging movement since
independence.

In more than 150 cities Muslim women with their newborns and even 80 plus Dadis have directly challenged the right wing Islamophobic  BJP government which is known for its anti-Muslim and anti- minorities biases.

For the last 40 days, the world is watching in awe the Indian Muslim women leading the most significant social movements to live with dignity in the largest democracy of the world.

It was the brutal night of 15th December which awakened the conscience of many; It was the night when two leading central universities Jamia Millia Islamia and Aligarh Muslim University which were peacefully protesting against the discriminatory CAA  were brutally attacked by the police force. The police vandalized the entire campus including the library and the mosque in addition to beating up over 300 students.

The incidents shook the entire country and overnight thousands of Muslim women of Shaheen Bagh took to streets. All of a sudden Shaheen Bagh became the symbol of resistance that was capable of  shaking the conscience of sleepy nation.

The courageous  women of Shaheen Bagh have not only become a symbol of resistance against fascist forces, a role model for the rest of India but getting  applauds from all over the world.

The historians will write ‘when 130 crore Indians were scared of the fascist rulers the women of Shaheen Bagh challenged them and faced them head-on to save the’ idea of India’.