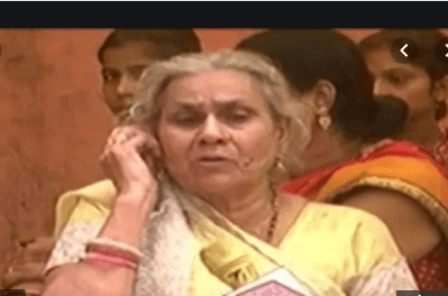 New Delhi: Countering  the claims made by the Uttar Pradesh Police that it has “solved” the Kamlesh Tiwari murder case, his mother, Kusum Tiwari, today said it was the state administration that “betrayed” their family by not providing adequate security cover, despite repeated requests.

“Agar prashashan ne dhyan dekar unko surakhsha di hoti to jo aaj ghatana hui hai, wo nahi hoti. Hamara beta bach jata (Had the government provided adequate security to my son, this tragedy would not have taken place and he would have been alive today).

“What can we expect from this government?Nothing,” she said.

Blaming Chief Minister Yogi Adityanath, Kusum Tiwari alleged that it was after he became the state’s chief minister that Kamlesh Tiwari’s security was “drastically reduced”.”Under the previous government, my son had a security cover of around 17 cops. When Yogi Adityanath became CM, it was first reduced to eight-nine and then to four. Two of them followed my son wherever he went while two would be stationed at his office. But on the day my son was murdered, surprisingly none of the four security guards was with him,” she said.

When asked if she thinks there was a larger conspiracy at play, Kusum Tiwari said the circumstances sugggest it is obvious. “You are an educated person. You understand it. I don’t have to go into specifics.”

My son was safe in the government of Akhilesh and Azam Khan , but he was killed in a Hunduwadi government, she added 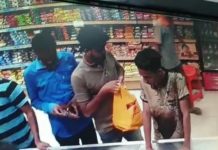 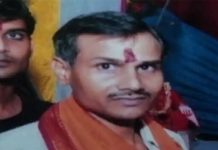