New Delhi, May 2 : Delhi Police has registered an FIR against Delhi Minority Commission chairman Zafarul Islam Khan under sedition charges for his remarks on the social media.

According to the FIR, the copy of which is with IANS, Khan has been booked under sections 124 A (sedition) and 153 A (Promoting enmity between different groups on grounds of religion, race, place of birth, residence, language, etc,) of the Indian Penal Code.

Khan on April 28 had posted comments on his Facebook page. “Mind you, bigots, Indian Muslims have opted until now not to complain to the Arab and Muslim world about your hate campaigns and lynchings and riots. The day they are pushed to do that, bigots will face an avalanche,” Khan had written on Facebook. 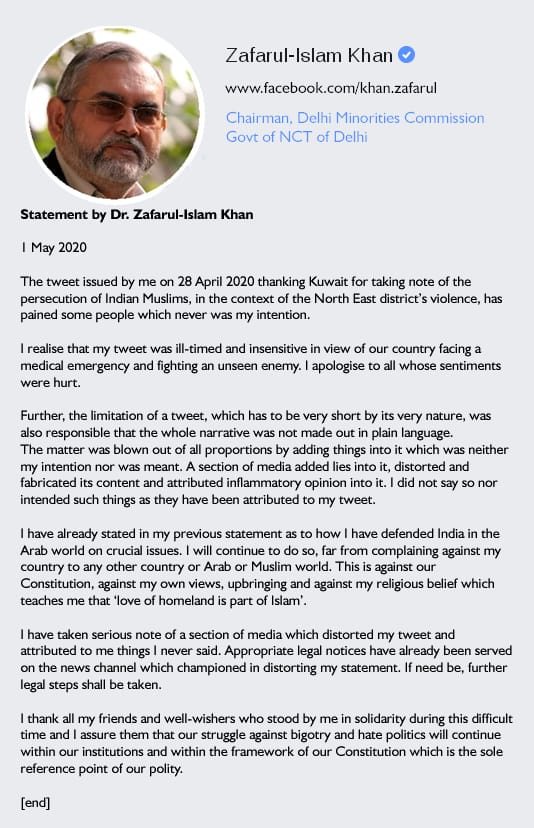 However, Delhi Minorities Commission”s chief on Friday had apologised for his controversial remark and had said that he never tried to tarnish the image of India.