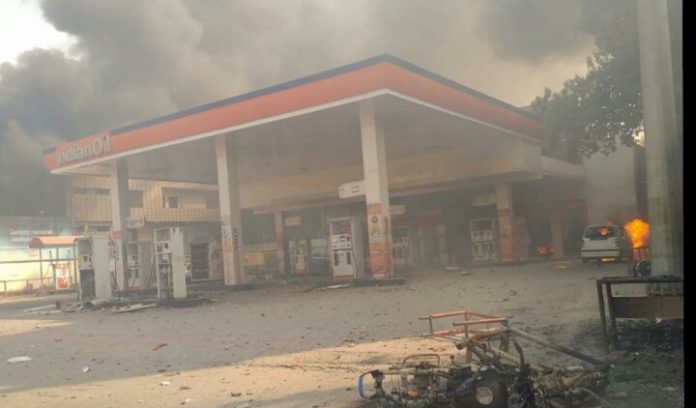 New Delhi, Feb 25: 10 people including a policeman have been killed and over 100 injured since violence erupted in Delhi on Sunday.

The Union Home Ministry ruled out calling the army, saying adequate central forces and police are on the ground, said government sources.

Home Minister Amit Shah has appealed for peace and said rumours should be stopped, sources said after his meeting with Delhi Chief Minister Arvind Kejriwal.

Amid the renewed stone-pelting in Delhi’s Bhajanpura, Delhi Chief Minister Arvind Kejriwal and all AAP MLAs, on Tuesday, prayed for the restoration of peace in Delhi at Rajghat. Paying tribute to Mahatma Gandhi, Kejriwal expressed concern at the rise of violence in the national capital. After participating in a joint security meeting with Home Minister Amit Shah, Kejriwal said that he and all his MLAs had visited the Mahatma’s memorial to offer their prayers as he was a follower of non-violence.

With over 105 injured in the North-East Delhi violence, the Chief Minister along with his Deputy – Manish Sisodia visited the GTB Hospital to meet those who have sustained injuries. The Delhi Govt’s Health Department is currently monitoring the situation and providing all medical assistance. Kejriwal had previously called for closing Delhi’s borders, amid allegations of outsiders involved in the violence. Agencies inputs