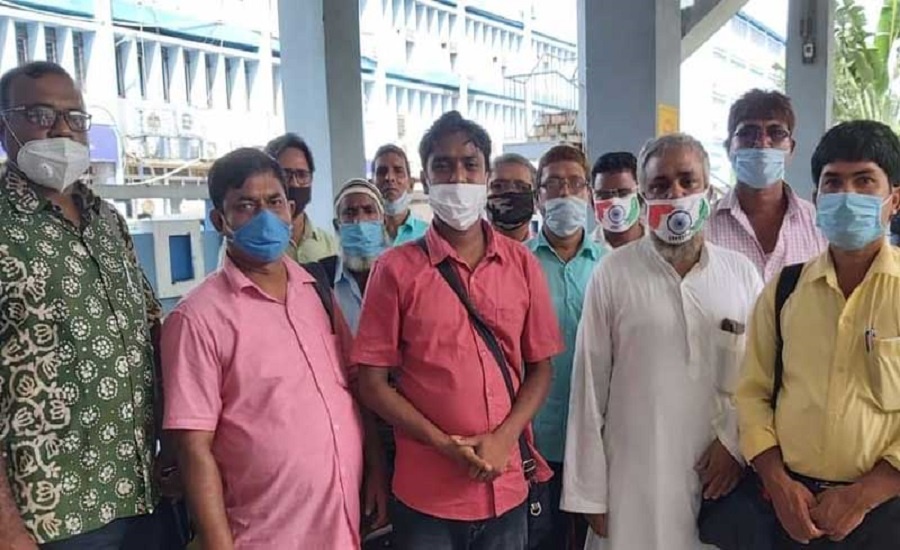 The teachers were forced to take shelter under the East West Metro viaduct (the ground below the overhead tracks) near Bikash Bhavan amid the morning shower and left the city directly after the meeting.

10 teachers associated with state-run madrassas were subjected to discrimination as they were driven out of a private guest house in Kolkata’s Salt Lake area on Monday. Following the incident, three employees of the guest house were arrested on charges of resorting to discrimination on religious grounds against the teachers.

The teachers had reportedly come from the Malda district to attend a meeting of The West Bengal Education Department at its headquarters in the state capital. Eight of them are headmasters at various madrasas in Malda.

The teachers had prior bookings at the CL 164 guest house. But, according to reports published in Kolkata newspapers, when they arrived here in the morning, first they were made to wait for three hours, then after one hour of check-in they were told to leave rooms and go to another guest house which, too, denied them accommodation.

“We were then taken to a guest house in the CL block and were allotted three rooms there. But at around 11 am we were suddenly asked to leave immediately. But the guest house authorities did not give us any reason,” one of the teachers, Mohammad Obaidur Rahaman told media persons.

The teachers lodged a police complaint with local Bidhanagar East Police Station saying they were refused room because of their religion. Shikshak Oikyo Mukto Manch, an association of madrasa teachers in West Bengal, too, filed a separate police complaint.

Denying the allegation, the guest house authorities said that there was no religious discrimination against the teachers.

The teachers were forced to take shelter under the East West Metro viaduct (the ground below the overhead tracks) near Bikash Bhavan amid the morning shower and left the city directly after the meeting.