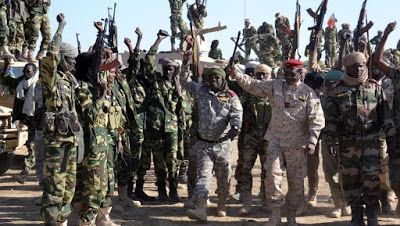 “The rapid intervention brigade force did a sweep operation in six villages in Mayo-Sava Division of the Far North Region between November 26 and 28. They captured arms and flags of Islamic State to whom Boko Haram pledged allegiance in March, and killed over 100 militants, including a senior militant called Al Hadji Gana,” Badjeck said in a statement released here late Wednesday.

He added that the hostages were residents of those villages who were captured by the group, adding that a large number of them were taken to a camp for the displaced.

Suicide attacks were often carried out by young women, mainly girls below 20 years and recruited by the group, and such acts are becoming almost daily occurrences in the Far-North Region of Cameroon.—IANS