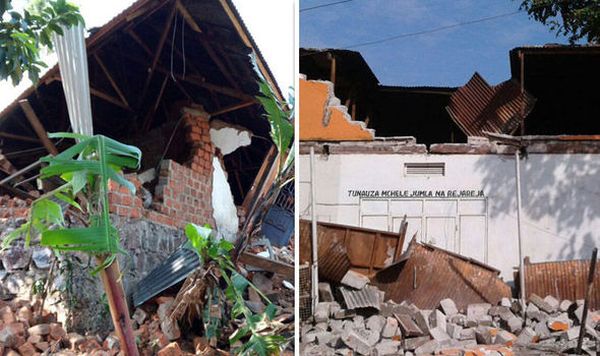 Dodoma, Sep 11 : At least 11 people were killed and over 200 others injured on Saturday in an earthquake measuring 5.7 on the Richter scale struck northwestern Tanzania, police said.

The earthquake jolted regions of Kagera and Mwanza on the shores of Lake Victoria, Xinhua news agency reported.

According to officials, the tremors were felt as far away as western Kenya.

Rescue workers told the BBC that local hospitals were full and cannot cope with the number of injured.

Buildings have collapsed and people were still trapped underneath the rubble.—IANS