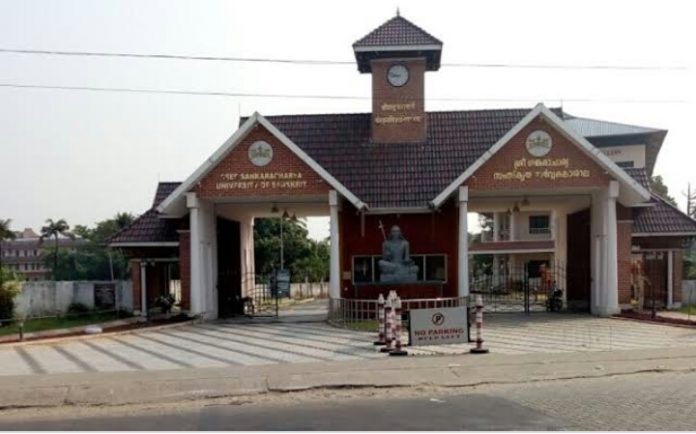 Kochi : In a most embarrassing moment for the Modi govt,  Sree Sankaracharya University of Sanskrit (SSUS) at Kalady in Kerala has passed a resolution against CAA ( Citizenship Amendment Act) becoming the first university in the country to take such a bold step against the controversial law.

The resolution passed was by the university’s 15-member syndicate with no dissent. Mincing no words, it condemned “the violence unleashed upon students, teachers and scholars by saffron supporters with the active abetment of the Modi government.”

The resolution was moved by the student representative in the syndicate, K.V. Abhijith.

The resolution added, “The ruling BJP is trying to stifle every voice of dissent by brutally attacking the youth of the country, be it students who protested against the fees hike in Jawaharlal Nehru University or the ones who agitated against the Citizenship Amendment Act on other campuses. The BJP government is using the police and goons to muzzle all those who are raising their voices against it.”

The university also urged the academic community to launch a strong protest against the “horrifying violence on students and teachers.”

Established in 1994, SSUS is one of the pioneering Sanskrit universities in India in teaching, research and innovations. It is named after the Hindu sage and philosopher Adi Sankaracharya.