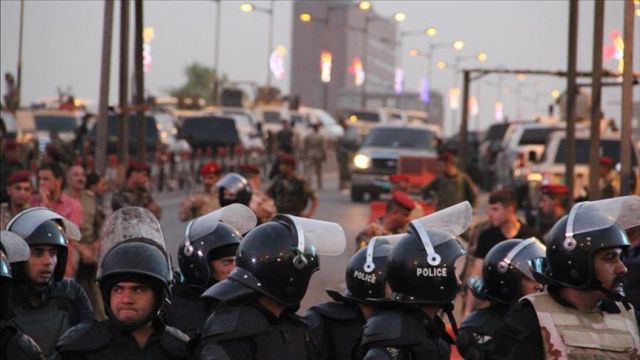 Baghdad : The Iraqi Ministry of Health has said 15 people have been killed and 190 others wounded since violent protests against worsening living conditions broke out in Basra several days ago.

“The casualties come from both demonstrators and security forces,” the Health Ministry Spokesman Sayf Bader said in a statement on Saturday, Xinhua news agency reported.

Bader said that most of the wounded have received treatment and left the hospitals of Basra province.

During the week, hundreds of angry demonstrators burned the provincial government buildings, the offices of leading political parties and the headquarters of some Shiite militias in protest of wide-spread corruption, poor public services, unemployment and water contamination in the province.

The International Committee of the Red Cross (ICRC) called for restraint over the deterioration of the security situation in Basra.

“The deaths of civilians and the growing number of casualties at the ongoing demonstrations is particularly worrying, as is the use of firearms for restoring public order,” ICRC statement said.

Basra, the province’s capital city which bears the same name, has long witnessed complaints among its over 2 million residents about the collapsing infrastructure, power cuts and corruption.

Water supply in the province is also widely criticised for high salinity, with thousands of residents having been hospitalised.

The protesters also accused the influential political parties of being behind the wide-spread corruption, which led to high unemployment and failure in rehabilitation of the country’s electricity, water and other basic services.