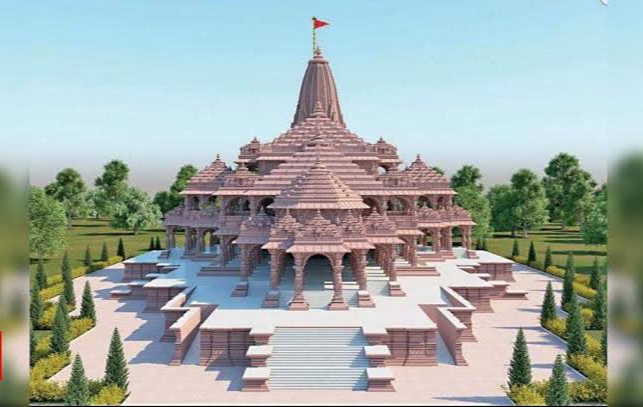 Responding to the allegations of corruption levelled by opposition parties, in land purchase in Ayodhya, the Shri Ram Janmabhoomi Teerth Kshetra Trust has strongly denied allegations on Sunday.

The allegations are significant as the Ram temple in Ayodhya is an emotive issue in Uttar Pradesh as the Assembly elections in the state are due next year.

In a statement issued around midnight on Sunday, the Trust said, the current sellers had a registered agreement years ago at a price, and after the ‘bainama’ (sale deed) on March 18, they sold it to the Trust.

The statement, signed by Trust secretary Champat Rai, said, “After the Supreme Court order, a lot of people started coming to Ayodhya to purchase land, and as the UP government is also purchasing a lot of land for development works, the land price increased suddenly. The land on which discussion has started is very close to the railway station and therefore, is at a very important location. All the land purchased by the Trust is purchased at a price much lower than the market price.”

AAP MP Sanjay Singh had claimed earlier on Sunday that the stamp papers for the first purchase were bought at 5.11 p.m., and for the second at 5.22 p.m. and, in between, the price of the land had increased manifold.

He demanded a probe by the CBI or ED as it concerns religious beliefs of crores of people.

At another press conference in Ayodhya, Samajwadi Party leader and former MLA, Pawan Pandey, also raised similar questions, “A piece of land was bought for Rs 2 crore in which trustees were witnesses. Did the land start giving out gold that it was bought for Rs 18.5 crore, barely a few minutes later.”

Trustee Anil Mishra is the witness along with Mayor Rishikesh Upadhyay, in the deal.

The Trust statement, however, said the propaganda by political people on the issue was misleading.

The statement also claimed that all the sale and purchase is done by proper communication and agreement, and signatures are taken on agreement papers.

“All the court fees and stamp paper purchase are done online and the amount is transferred into the bank account of the seller through online transaction,” it said.

While Sultan Ansari – one of the two property dealers who sold the piece of land to the Trust – did not respond to calls, Ravi Mohan Tiwari said the agreement for the said land was made with the Pathaks several years ago for Rs 2 crore, but its value increased significantly after the Supreme Court decision.

“While I purchased it for Rs 2 crore as per my agreement, the actual price must be more than Rs 20 crore now. But I sold it for just Rs 18.5 crore because it is for a project concerned with our faith,” said Tiwari.

According to the documents provided by AAP and Samajwadi Party leaders, the land over which the alleged fraudulent deal happened is a residential plot of 12,080 square metres. The papers state the property is located in Bagbijaisi village, Haveli Awadh, under Sadar tehsil in Ayodhya.

The Shri Ram Janmabhoomi Teerth Kshetra is a Trust that was set up by the Prime Minister Narendra Modi’s government in February 2020 to oversee and manage the construction of the temple based on a Supreme Court verdict.

It was awarded around 70 acres of land in the ruling and 12 of its 15 members are nominated by the Centre. — IANS