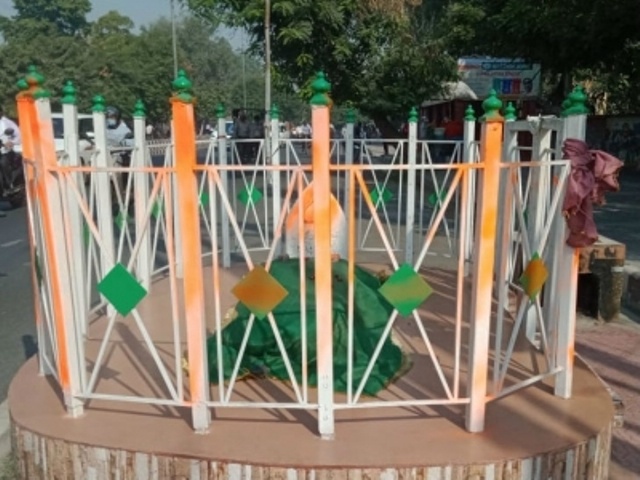 Two persons have been arrested in Agra for allegedly painting a ‘mazaar’ saffron. The accused have been identified as Shubham Pandit and Balkrishna.

They have been booked for defacing a place of worship with an intent to insult religion of any class (Section 295) and with deliberate intent to wound the religious feelings of any person under Section 298 of the IPC.

SP city, Botre Rohan Pramod, said that the police have removed the saffron paint in an attempt to restore religious harmony in the city.

He said that three FIRs have been registered at three police stations — Tajganj, Rakabganj and Lohamandi in Agra.

They had painted the ‘mazaar’ (the tombstone of the pir and the railing around the shrine) on Tuesday and were held on Wednesday evening.