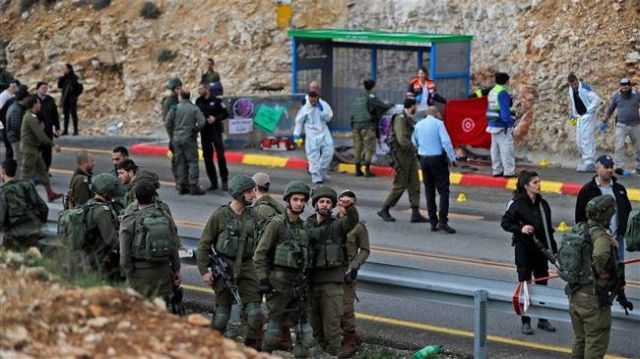 Jerusalem : Two Israelis were killed and two others were wounded by a Palestinian in a gun attack in the occupied West Bank on Thursday, the Israeli Army reported.

“A Palestinian opened fire at a bus stop killing two Israelis… and injuring others at Asaf Junction, north of Jerusalem,” the military tweeted, adding that the search for the suspect was underway.

The incident took place near the Ofra settlement, where a separate shooting on Sunday by a Palestinian led to the death of an Israeli newborn baby boy, the BBC reported.

Earlier in the day, Israel said that it had found and shot dead two suspected Palestinian attackers — one who they said carried out Sunday’s shooting, and the other suspected of killing two Israelis in an attack on a factory in a West Bank settlement in October.

During the Thursday attack, the attacker stepped out of a car and shot at soldiers and civilians at a bus stop near Ramallah before fleeing towards the city, an Israel Defence Forces spokesperson said.

“There was massive fire, bullet after bullet, but not in bursts,” an eyewitness told Israel’s Haaretz newspaper.

A seriously injured man and woman were both taken to hospitals in Jerusalem for treatment.

The Israeli Army said it had closed all entrances and exits to Ramallah city in an attempt to find the attacker.