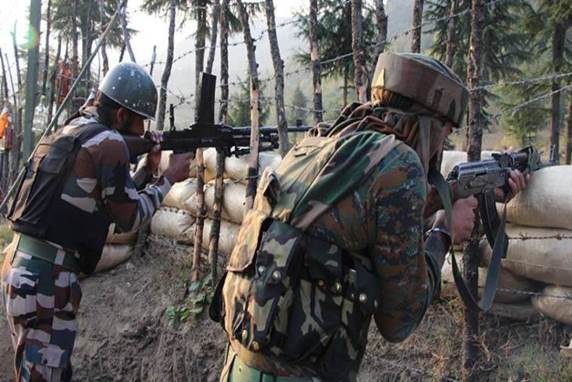 Srinagar, May 30 :  Two militants were killed on Saturday in an encounter underway between security forces and militants in South Kashmir”s Kulgam district.

The gun battle was triggered when the militants fired at a Cordon And Search Operation (CASO) party launched by the army and police following specific information about the presence of terrorists hiding in the area.

“Two terrorists neutralised in the on going operation at Wanpora Kulgam. Joint operation in progress,” police said in a brief statement.