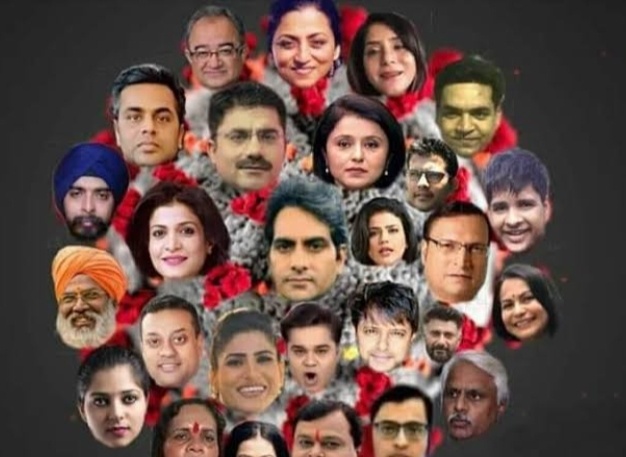 There has been a long history of Muslims spending in the path of God, and various incidents of people donating their entire wealth for the sake of propagating of Deen (Islam). Back in the days of the prophet (PBUH), people spent their time, energy, and wealth in the path of Allah. to preserve it and to safeguard it from becoming extinct. A very famous Hadith comes to mind, where the prophet asks the Sahabas (companions of the prophet), what have they bought for the sake of Islam in charity, Umar Ibn Khattab (rzah); the second khalif of Islam bought half of his wealth thinking that he would this time be in the lead, ahead of Abu Bakr (rzah), But when the prophet asked him what he, Abu Bakr bought with him, He replies: I have left behind Allah and his prophet in the house and bought everything with me.

This great passion of sacrifice, fervour, and generous nature which the companions of the prophet Muhammad (pbuh) and the subsequent generations exerted, was the catalyst for spreading the religion of Islam to all corners of the world. Without which the light of Islam would not have spread far and wide. The current demographics suggest that from 1940, Islam started to spread profoundly and in the coming time, it will surpass every other religion with the number of people adhering to the Islam faith. It has only been possible with the advent of communication and technology as people started to look into Islam and know about the faith.

This has seriously offended other faiths and today what we are witnessing is extreme spite and bigotry for the Muslims. Forces are acting against us to label us, persecute our Muslim brothers and sisters, throw racial and religious slurs against us, putting bans on us, and trying to stop us in every way possible to let us follow our Deen which is different from their Ritualist, Medievalist, Communist, Superiorist, Atheist, liberalistic ideology and new world order. And push the Muslims to give up on our Deen and become a part of their social fabric or one akin.

Today media is not just a platform that informs us what is going on in the world, but rather it’s a tool; if rightly used, can change the outcome of how people live their lives. But sadly, we do not have competent media channels that are on par with the standards of the rest of the media outlets out there, there is not even one that comes to mind. It is imperative that we Muslims must have our media to show the reality to the world, to tell the forgotten world who we are and what were our contributions in shaping this country. In a time when Muslims are being marginalized, undermined, and being robbed-off their identity; we must start to tell our own stories and educate people and remind them of reality and our sacrifices.

We cannot be complacent sitting in our rooms and assume that, some secular liberalists will put forward our issues and problems when they befall upon us. We cannot be under this same notion when odds will run against us, even our own shadows will leave us if we don’t address this issue. We need to have the power in our hands, to equip ourselves with the right tools and fight this battle of the pen. In such tumultuous times, we want our voice to reach out far and wide so that the world takes notice of us and people who are in power and hold the ability to do something, can stop this injustice and atrocities befalling on us.

Today majority of our charity goes in either constructing Masjids or donating it to Madrassas for teaching students who get educated in the sciences of theology. This is an absolute imperative, as we need people who can uphold our Deen. But it is also equally important to save our Eeman and Deen from the external forces acting against us. This can be achieved by the potential of Communication and Media, by harbingering and supporting organizations who own Media/News outlets. We ought to support genuine news portals like MuslimMirror.com, TwoCircles.net , ClarionIndia.net, are only a handful, and are trying their best to compete within the market to live up to the standards of other nationally and internationally acclaimed media outlets. These are  the very few independent online news portals where you don’t get awful and distracting advertisements on their sites when logged in to read the news.

It is a matter of strengthening our very own roots, that would enable our children to breathe in this land and giving them a place, that would make them feel secure in this land in the coming years. People who are well off and organizations who are capable enough should support our Muslim media houses and own them and take care of the expenses and run them for the sake of getting the ultimate reward from God. The general public should also make it a point that they contribute some amount from their end as a form of charity to these organizations. It is time that we Muslims wake to the call, and hasten up in developing our own media houses and start Investing in it, to voice out our opinions and issues and portray the true picture that is going on, and represent the true plight of the Muslims across the world.

We have built almost eight lacs Masjids and 3.5 lacs Madrasas apart from thousands of schools and colleges including several universities , but unfortunately we failed miserably to build media house because we still don’t understand the importance of media which is playing the role of game changer. Now it’s time to invest in building media houses on urgent basis.The sooner we do it the better.

The columnist holds an MSc in Engineering from the UK and can be contacted at sas_beck@hotmail.co.uk

The importance of independent media