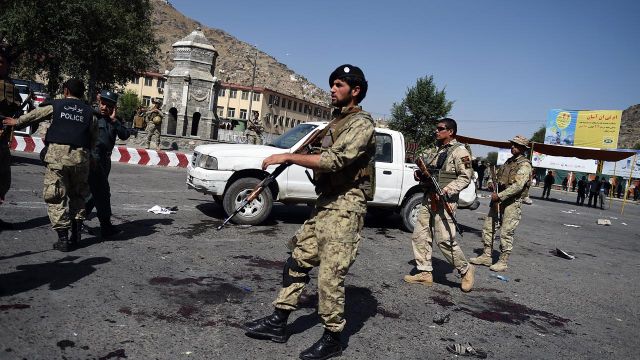 Kabul : At least 23 people were killed and over 25 others injured after twin explosions rocked the Afghan capital on Monday, according to a health ministry spokesman.

A police official told Efe news that a suicide bomber detonated the first bomb on his motorcycle at 8 a.m., in the Shash Darak area in Police District 9 which houses the office complexes of the National Directorate of Security, NATO and several international non-profits.

Kabul Police chief Dawood Amin said the second detonation followed after about half an hour.

It took place near a group of journalists who had gathered to cover the first explosion.

“Initial information suggest the second blast was also a suicide bomber, who disguised himself as a journalist having a camera in hand to access the area,” Stanekzai said.

“The bomber/attacker blew himself up among journalists and civilians who had gathered near the area of the first explosion.”

No one has claimed responsibility for the bombings.