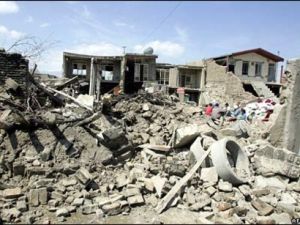 Tehran, April 10 : At least 32 people were killed and 850 injured when an earthquake, measuring 6.1 on the Richter scale, hit Iran’s Bushehr province Tuesday.

According to Iran’s Seismological Centre, the city was later hit by 13 aftershocks.

The temblor, having its epicentre at a depth of 12 km, struck Kaki city of the province in the afternoon, Xinhua reported.