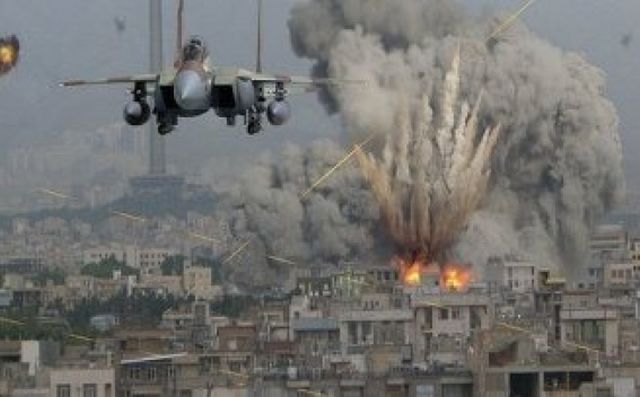 Sanaa : At least 32 people, including women and children, were killed Monday in airstrikes carried out by the Saudi-led Arab coalition near the Yemeni capital and in the provinces of al-Hudaydah and Damar.

Eleven died in the town of Aser, near Sanaa, eyewitnesses told Efe.

The bombs destroyed a house located behind the town’s Egyptian Cemetery, killing nine people inside as well as two passers-by, according to the witnesses.

Al Masira television, controlled by Houthi rebels, reported that nine people were killed in two airstrikes that targeted a bus in al-Jerahi, a town in the western province of al-Hudaydah.

The attack took place near the area of Hais, a battleground between the rebels and forces fighting on behalf of deposed Saudi-backed President Abd Rabbuh Mansour Hadi.

Saba news agency, which is also in rebel hands, said that eight other civilians perished when bombs fell on a farm in al-Hudaydah.

Four people were killed and 55 others wounded in airstrikes at a customs headquarters in Damar province, Saba reported.