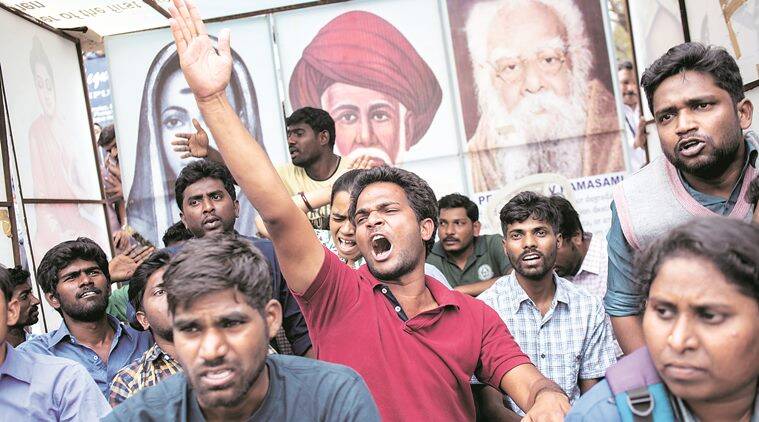 As many as 32 Ambedkarite student organisations from campuses across the countries have decided to form a Joint Action Council (JAC) to demand justice for the Hathras gang-rape victim and coordinate their efforts in the ‘struggle against the caste violence perpetuated by Savarnas on Dalit bodies.’

The JAC has called for a nationwide protest against atrocities on Dalits on 10 October.

In a statement released on Monday, the JAC talked about the history of atrocities being committed on the victim’s family by upper caste people apart from highlighting injustices faced by Dalits in general.

“The victim was being harassed by the Thakur rapists for a long time, and there has been a history of atrocities being committed on the victim’s family by the rapists’ families. After battling her grave injuries, the victim died 15 days later, at Safdarjung Hospital. If the atrocities committed by the rapist-murderers were not enough, the State government led by Ajay Singh Bisht, also known as Yogi Adityanath, made sure that the victim was not given even a shred of justice. The accused were not arrested for 10 days, even after the crime was reported, and they were taken into custody only after massive public outrage by Dalits,” the statement read.

The JAC added that the police secretly took her body out of the Safdarjung hospital in New Delhi and brought her body to her village in Hathras in the middle of the night. When the body reached her village, the victim’s mother cried and wailed on the bonnet of the ambulance, begging that her daughter’s body be handed over to the family so that they could take her home for one last time. But the police and the administration did not listen. Instead of giving her body to her grieving family members, the monstrous district administration forcefully cremated her.